Aetna's headquarters are in Hartford, where it was founded in the early 1800s.Its future in Hartford has been uncertain for several years.  A proposed 2015 merger with Humana would have moved the headquarters to Louisville, but the merger ran into legal problems and was terminated.  Then, in early 2017 Aetna announced it would move its headquarters to New York City. 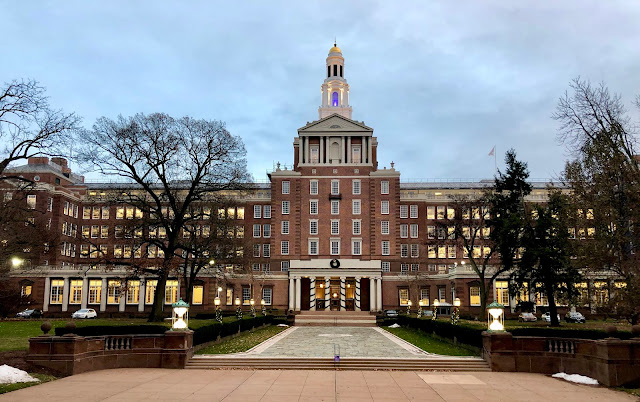 But, before that move could occur, CVS -- the big pharmacy company -- agreed to buy Aetna.  The last year has been spent pursuing regulatory approvals.  They have all been received and the merger should happen any day now.  This is good for Hartford.  CVS has agreed to keep the Connecticut workforce intact and the headquarters for Aetna's part of the business in Hartford for ten years.

Good news for the city, Jack!

That is good news for the city. What a beautiful building.

Hope the merger works out for both companies and their customers. Change in ownership is always a nervous time.

Their headquarters looks really nice. Very grand actually. Like a court building or similar institution. I simply love the architecture of New England.