For decades, the Cape Cod baseball league has brought star college players from all around the country to compete against the other best amateur baseball players in the summer. 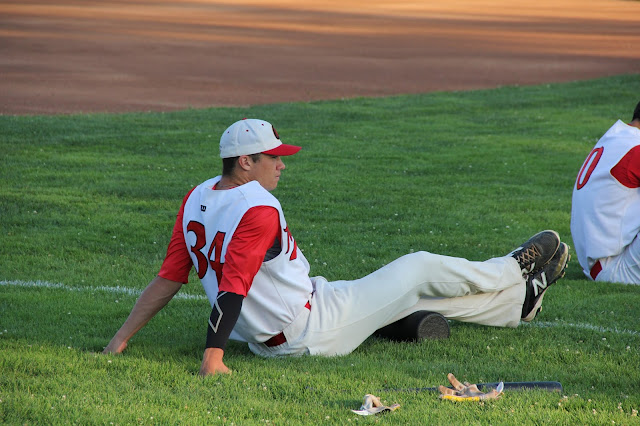 Before the games, some players relax and loosen up (like Arizona's Bobby Dalbec,
who led the Cape league in home runs this summer). 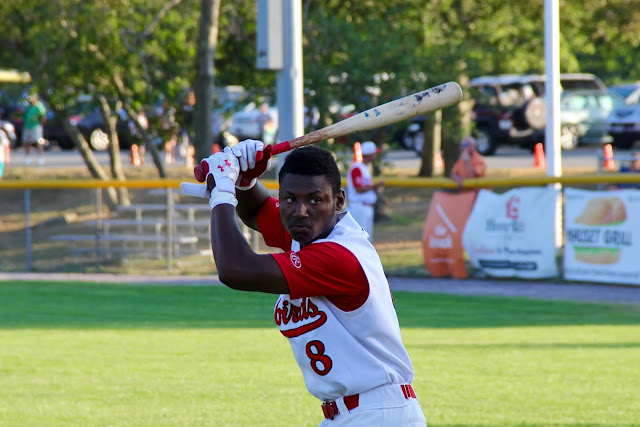 Others practice their pitcher-scaring expressions (like Mercer's Kyle Lewis, who led the Southern conference in batting average and home runs this past school year). 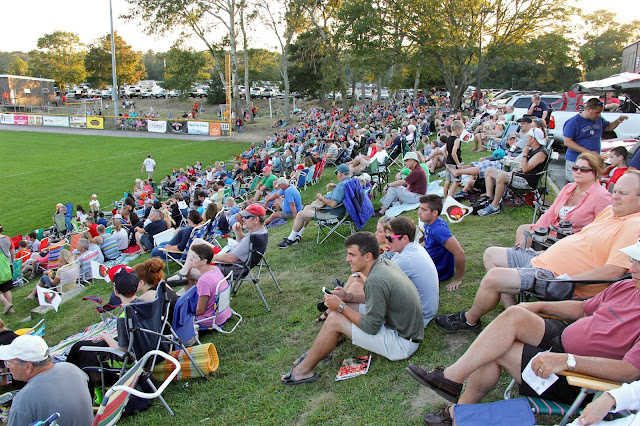 The sidelines are packed.  Fortunately, friends arrived early and saved a good spot. 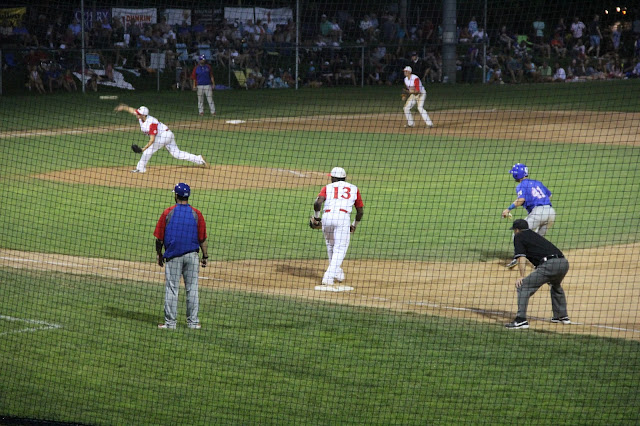 On a perfect summer night, there are few things better than a well-played baseball game. 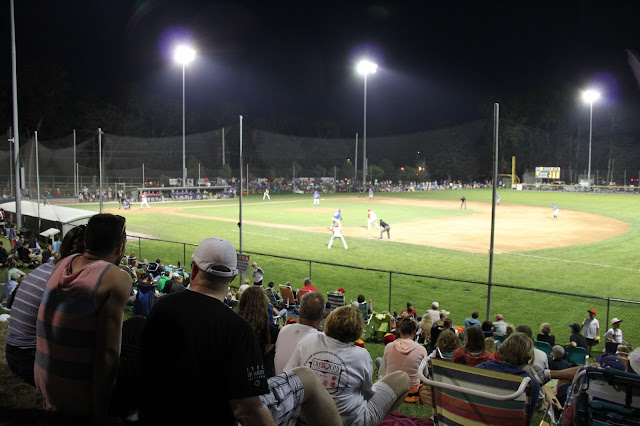 Orleans had the best record during the regular season.  They beat Chatham in the first game of the playoffs the night I was there, but a week later they were out of the playoffs.  Next year!
Posted by Jack at 5:30 AM

I totally enjoyed the pictures on the sidelines...

A nice turnout for the event!

Beautiful series of photos on the boys of summer!

Quite a crowd has come out, I see!

Does look like a fun event, and yes, a great series on "the boys of summer" indeed! Great turnout!! Really enjoyed your captures for the day, as always!! Hope you have a great weekend, Jack!!

I love the last pic of them playing under the lights, Jack!

You remind me how much I miss baseball. The nearest thing we have to it here in England is "rounders". The only place I've seen rounders played is by watching the kids at school. At least there is plenty of baseball coverage on TV but that isn't quite the same as going to a live match.

Do not know about this sport, but I like very much the first two photos!

It's all about how they play on the night hey Jack :) Fab series of images.

Whoa! I sure wouldn't want to face Kyle Lewis! He's got that scary expression down pat.