Lodge is from Ohio.  In the early 1930s, Lodge's Ohio grandmother heard about a charming fishing village on Florida's gulf coast.  She drove across the state from Miami, experienced the most beautiful sunset she had ever seen, and that was that.  She built a cottage on the
Gulf of Mexico in Naples, and spent winters here until she died many decades later. 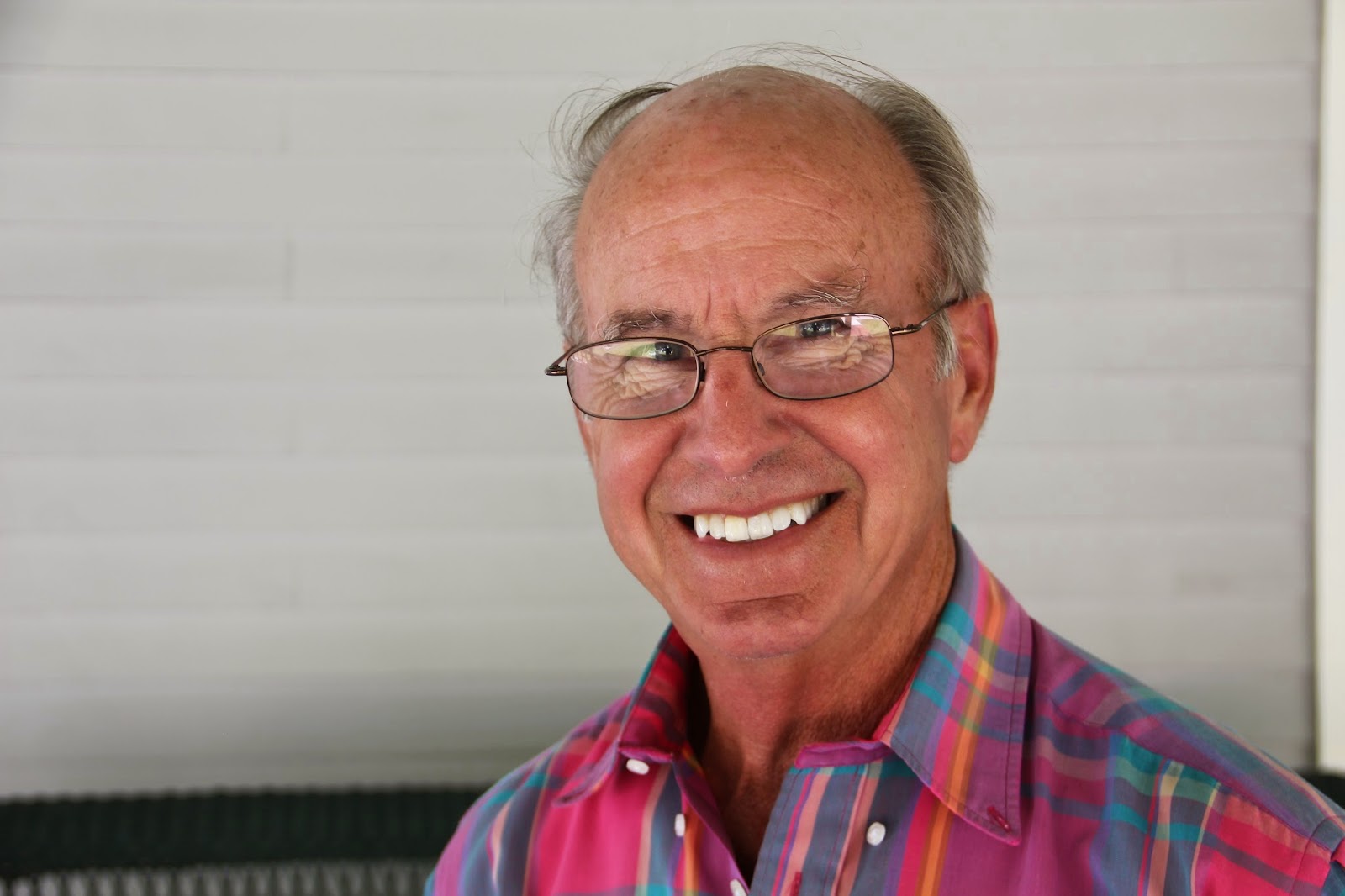 Throughout his youth, Lodge visited his grandmother in Naples whenever he could.  Soon after graduating from college,  Lodge immediately moved to Naples.  He never left.  Today Lodge serves on the boards of several historical organizations, the public housing community, the automobile museum, and numerous other civic groups.  Lodge is Naples' unofficial city historian.
Posted by Jack at 5:30 AM

I wonder if he's the guy to go to if you need to lodge a complaint?

Naples is lucky to have Lodge! Sounds like he does a lot for the city,

Such a good portrait Jack.

Nice to meet you Lodge, and I like his title of unofficial city historian.

Lodge has a dazzling smile as well as a wonderful name.

A great smile indeed and what an adventurous grandmother!! Easy to see where Lodge got his inspiration!! Great one for the day, Jack, as always!! And, thanks as always, for sharing!! Hope you're getting ready for a great weekend!!

Naples must have been so small when his grandmother moved there!

Quite an unusual name!

He has a great smile!

I agree with Tanya. Good for her.

He looks awfully sharp. And those teeth!

I'm starting to wonder if brilliant smiles are required to live in Naples or if Naples is where people go to find them.

Lodge has perfect teeth! What a smile.