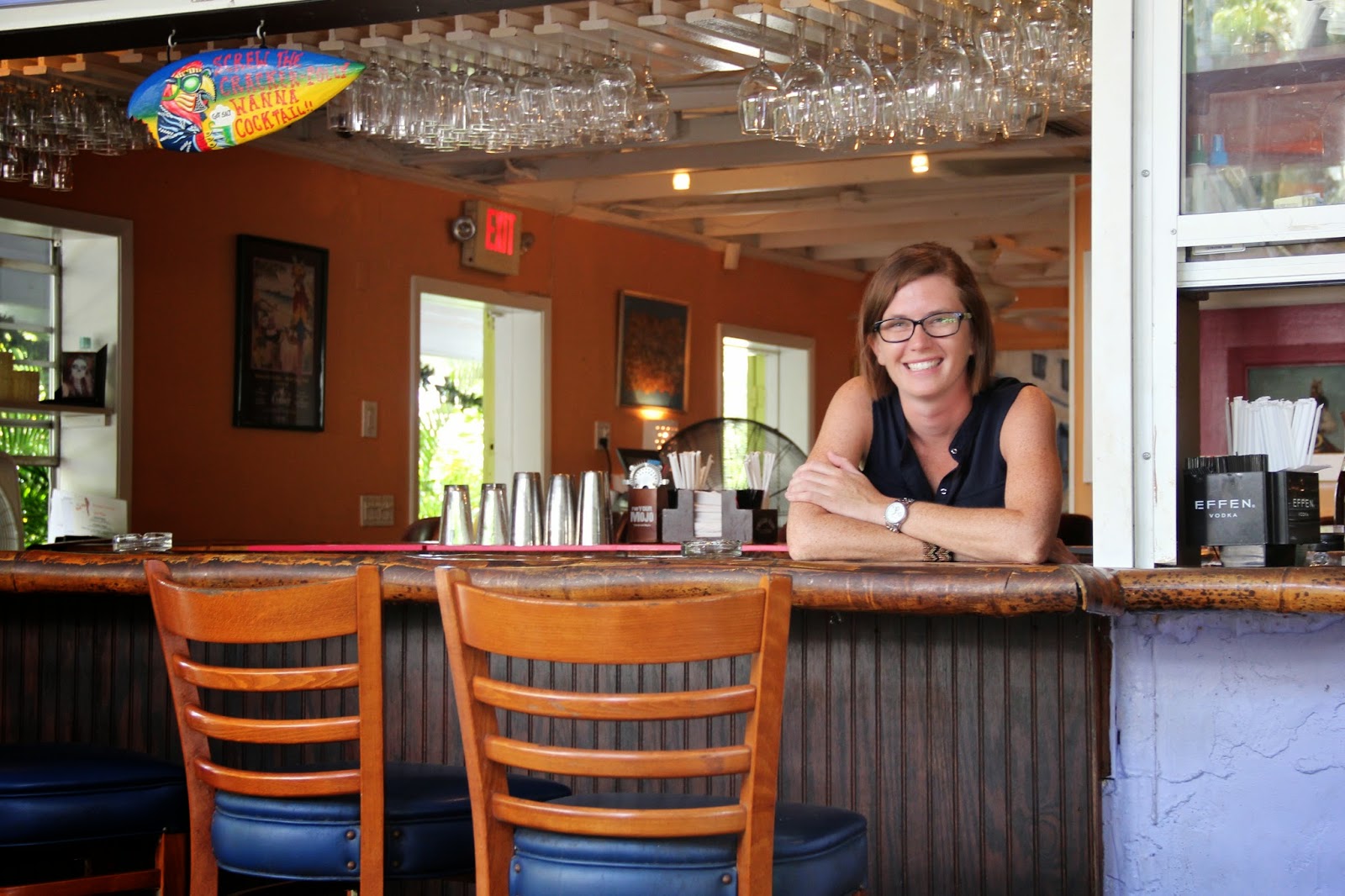 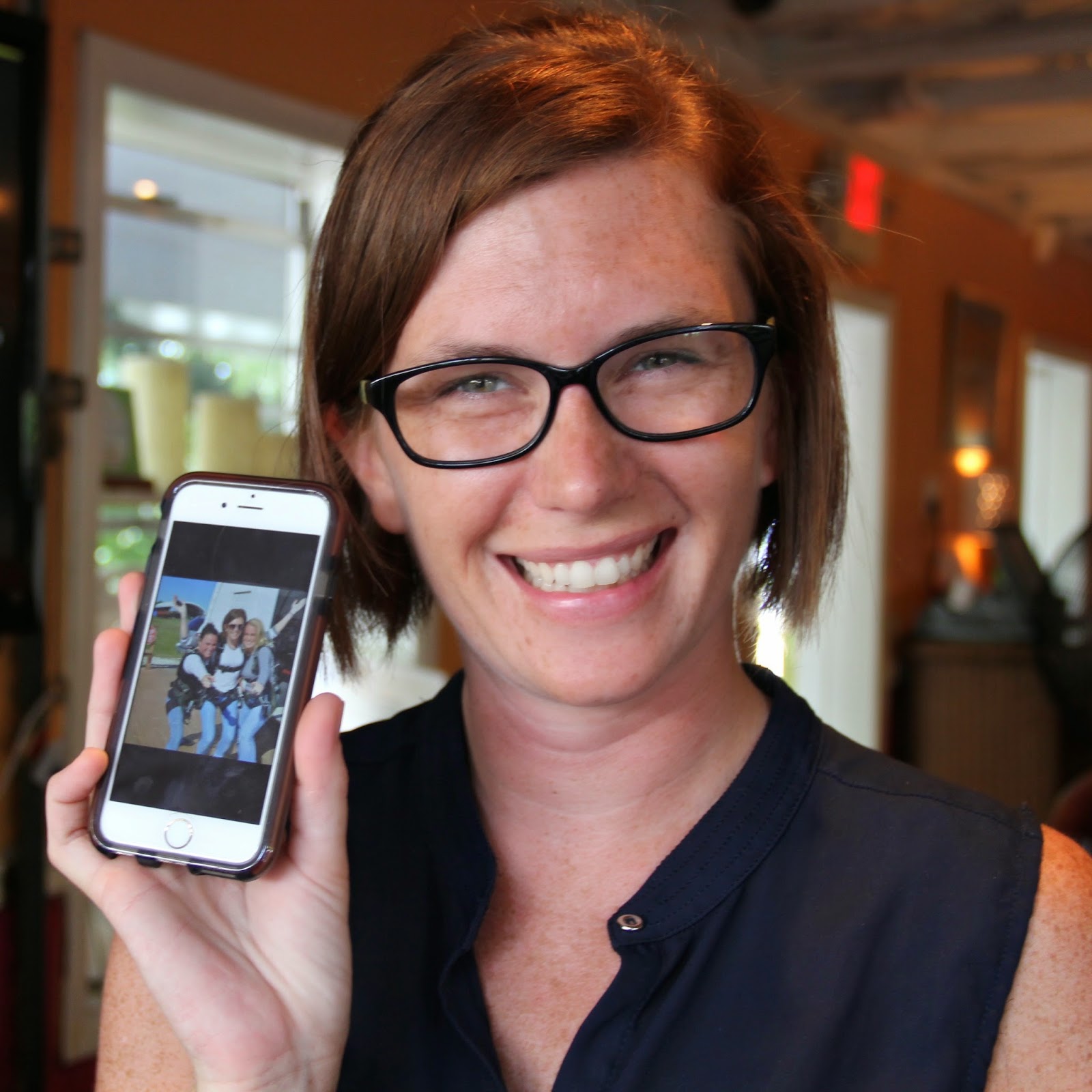 Erin is the bartender at The Real Macaw, a funky bar/restaurant in east Naples.

Erin is from Alabama.  She got her master's degree in 16th century English poetry, which is not as lucrative a field as you might think.

For six years Erin lived in Sanremo, a beautiful town on the Mediterranean coast of Italy, just east of the border with France.  These days she works long hours six days a week behind the bar during Naples' high season so, when June comes, she can go back to her home in Sanremo.

Erin is a parachuting enthusiast.  On the day I met her, Erin had had taken some women on tandem jumps and then come to work.  (That is her and two women jumpers on her phone.)

See the things you learn when you ask a bartender to tell you about herself?

The idea of a bartender parachuting into an event while reciting Marlowe and Donne has a certain appeal.

Love her smile, and the way you captured her in the first shot. So relaxed and fun. I know I write this every time, but I so enjoy your portraits and the stories behind them.

And once again wonderful portraits of this great series, Jack !

Par for the course, Jack takes great photos and finds out such interesting stuff about the person he's photographed. Thanks a million, Jack. And thanks to those who share themselves with you and us!

erin is an adventurous girl!! love it!

Ah, yes indeed! You do find the most interesting people and Erin is a perfect example!! An adventurous lady indeed!! Thanks as always, Jack, for sharing these!! I do enjoy them so much!!

Erin sounds like a hard worker who deserves her summer's off surrounded by the beauty of Italy.

You find such wonderful people to pose for your portraits, Jack!

From Sanremo to Naples, with a parachute at hand...

No ordinary girl - and a natural beauty too.

Really goes to show that you don't really know someone. Who would have thought she was so accomplished?! Excellent!

No, no, that's a perfect major for a career in bar tending.

I hadn't heard of Sanremo so I looked it up. Nice part of the world. We've been to the first town in Italy from France, Ventimiglia, with Jillie of Menton DP.

I have been to San Remo, Italy. A very fine city it is. Another fine portrait jack.

Her interests certainly are eclectic!