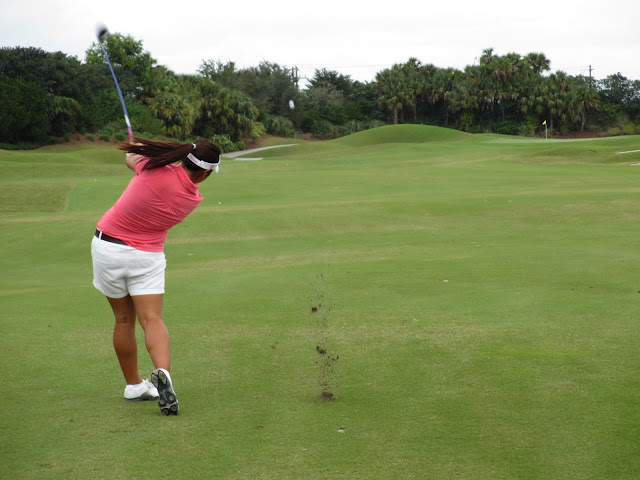 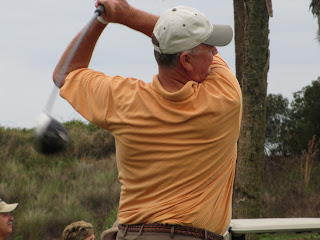 Three members of my Florida golf club are a Hall of Fame baseball player, a PGA Tour golfer, and an All American golfer who will begin playing on the LGPA Tour this year.  Along with the club's head pro, they played a nine hole match in December to raise money for a children's hospital. 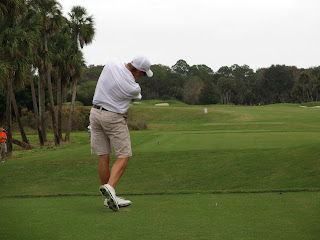 A couple of months ago I added the subtitle "Photographs from central Connecticut and other places I go."  Until then, I posted almost exclusively from Hartford and environs.  More recently, I have shown photographs from trips I have taken and other places I have been.  CDP purists insist that all photos should be from the named city, while others are geographically flexible.  My intention is to keep greater Hartford as this blog's core -- probably 80 - 90 percent of the photos -- but occasionally show photos from elsewhere.  Does that bother anyone?
Posted by Jack at 5:30 AM

Golf is also here very trendy, I like it, even though I can not play...

doesn't bother me in the least.

I am jealous that you get to travel for pleasure, I travel mainly for business, which is not so wonderful. I love to see travel pictures!

Hmmmm! let me have a glass of champagne and think about that one Jack haha! I don't mind where your pictures are taken as long as I get to enjoy them. And yes I have recovered, but have I learnt my lesson, we'll just have to wait and see!

Nice to ask our opinion, Jack, but variety is the spice of life...or so I've been told. Your photos are always a pleasure to view, and they tell us not only about your immediate locale but also about you...that's what's fun about CDP. Go for it!!

And I suppose they comprise your regular foursome! Yikes! No wonder you're so good!

You can show pics of anything so far I'm concerned.

I agree with the flexibility to show some "field trips" from the core location of a City Daily Photo blog. It adds variety, and it also provides more of an insight into the life of the Daily Photo bloggers, as where one travels is a reflection of our lives.

The side trips also provide conversational points for others. When Julie's mother was over for dinner recently, and we had out on display for the holidays a few of the nutcrackers and smokers that we bought at Christkindle markets in Germany, we talked about how you had just returned from a trip to European Christmas markets, you experience with the river being too low for the boat to make it all the way, etc.

I show photos of the area surrounding Tamarindo all the time. Tamarindo is simply too small to be the exclusive subject of a Daily Photo blog. It is not large enough to have a single traffic light.

It doesn't bother me either because I do the same thing!

Golf remains a mystery to me, I like the places where you play it, but do not really understand the game! My fault, obviously!

Looks like it was a nice day to golf. Doesn't bother me a bit for you to show photos from elsewhere. Although I'm quite guilty of that myself so I may not be the best person to ask!

I just love your photos, Jack, and it doesn't bother me in the least if you show photos from other places -- I think it's great that you share your experiences and travels with us wherever that takes you!! Hope your week is going well!

Great captures and great timing on the top shot.

It doesn't bother me either - I like them all!

I follow blogs to look through the photographer's eyes, not to monitor whether they stay in the city limits. And I love people's travel photos (check out cat's pictureday photos of her recent trip through the deep south). I might feel differently if we were all on the CDP payroll, but the last time I checked this was by choice and supposed to be fun.

Would love to try one day. Looks like a great fun:)

I don't know anything about golf, but Blogs are a space of liberty, so tell about what you want!

You got some great action shots here. I like your idea of posting photos from places you travel to. I did that last summer for the first time when I went to California and I know others have done it too. Since we put so much of ourselves into the blog, it seems only natural to also include shots of places we spend time other than our own cities.

I don't mind, but you could also start a FL blog for those photos. :)

I got to play one round in OKC when I visited my parents after our cruise. It was great to be swinging. It will be awhile before I'm out again here in Canada.

Aah, yes - golf; a wonderful activity where one is the recipient of a win-win situation - getting good wholesome outdoor exercise in the battle to keep fit, while enjoying magnificent scenery (and occasionally encountering birds and wildlife)! Thank you for the reminder of many beautiful occasions spent on various golf courses around South Australia with my late father. Bless you Jack and, like many others, I enjoy your photos, wherever they're taken.

You're the editor, Jack! I enjoy your photos wherever you're at.

I find it difficult not to share photos from places I visit. I thoroughly enjoy your out of the area photos, do keep it up. That is quite a golfing group.

The photo of the LPGA player to be is a good one.

I haven't played in several years, but did always enjoy it. Nice pics.

You lead quite the life as HDP president and CEO! May I suggest (again) that you add FMDP to the mix? It would be a great addition! That being said, I enjoy all your pics, Jack, near and far. Hope your 2012 is off to a good start.

Doesn't bother me in the slightest. I do the same thing.

I'm clueless about golf and all other athletic endeavors. Some years ago a few of us from the office took golf lessons together. I could not put the club face on the ball more than 50% of the time. My eye-hand coordination is limited to shutter buttons.

Doesn't bother me either, I do the same very occasionally. My ratio is around 90%. Only Eric in Paris I think has never EVER shown anything else than Paris AND posted every single day. This man is made of iron. We lot are only humans :)

Somehow I missed this yesterday Jack. Love the pictures although I have never played golf. I don't mind at all the posting from some other places.

Anyone that it bothers is obviously not a CDP blogger. It's harder than it looks to post a photo from your city 365. Feel free to travel and share your photos Jack.
V

I agree with the others... bring it on!

Your photos are wonderful and I find this particular story both interesting and heartwarming. Plus, you have great action shots!

Doesn't bother me! Hartford is still your home base! :)

haha. when i hoped to be enlisted on the citydailyphoto-community, i was initially refused since my blog is boston-based but at that time i had just posted pics from my holiday in the netherlands... i was very disappointed!
but later i was added, and found so many nice blogs...
so, defenitely i dont like the city-restriction, as it is always nice to see how others perceive another city (or for example your hometown or whatever..)