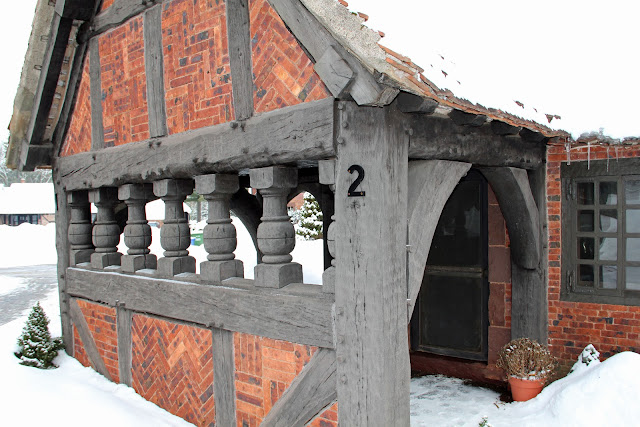 The Avon Old Farms School in Avon, Connecticut, has a unique rustic architecture.  It would be as comfortable in rural England as in a suburb of Hartford, Connecticut. 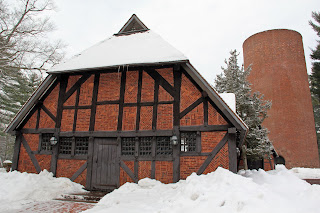 The architect of many buildings at Avon Old Farms was Theodate Pope Riddle, who was featured in a post from December.

The school is a boarding school for boys in grades 9 through 12.  The best known alumnus, at least to me, is Brian Leetch, who played hockey on three Olympic teams and had an illustrious 18-year National Hockey League career.  Leetch was with the New York Rangers for most of that time and has been called the best American-born hockey player of all-time. 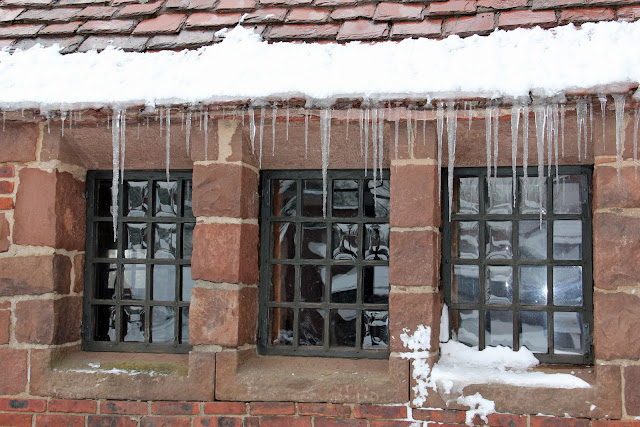 The bricks and stone make this building look so sturdy. Unique architecture.

What a unique building, it certainly would fit into the English countryside. I especially like the slate roof and the windows.
☼ Sunny

If you had asked, I would not have placed this building in the U.S. It is a fascinating structure. Looks a bit stern and forbidding. I don't think I would like to go to school there!

I really like the windows too and the reflections!

These photos are great. I love the unique design of this building. You are so right, I could picture it in rural England as well as rural New England.

Oh I love this, it's fantastic. Like Stratford-upon-Avon. Makes me want to time travel. Beautiful photos.

Lovely old building! Even a modernist like me can love it!

Awesome architecture! Love the patterns made by the bricks on the walls and the wooden structure and textures in the top shot.

It's wonderful! I love this kind of architecture, and you're right, it might be England!

Amazing architecture for a farm!
Thanks for sharing your superb pics;o)

It is really beautiful. Such an old world feel.

this too will pass said...

A lovely photo of an English Tudor style building

An amazing place, it seems incredible that some lucky souls are allowed to actually live there, even if for a while!

This is soooo pretty!
I hope they have a nice fireplace inside?

Oh my! This third photo has it all for me... icicles, architecture, paned windows, snow, reflections, and perfect composition! Love it!
G

I lost my virginity in that building. My how I miss school.