Out of the Jurisdiction: Vizcaya II

Like many wealthy people in the "Golden Age," James Deering -- the owner of Vizcaya -- was enamored of European style and arts.  His architect incorporated Italian Renaissance styles, and he collected whole rooms in Europe to incorporate into Vizcaya. 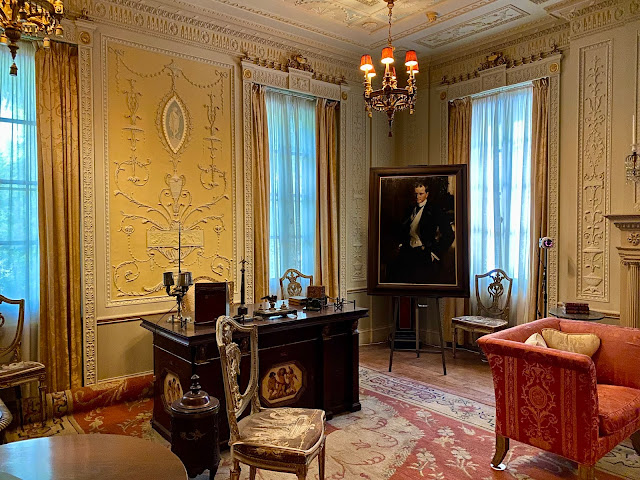 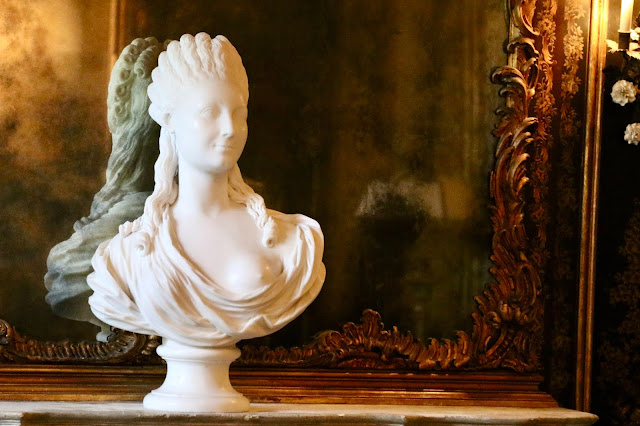 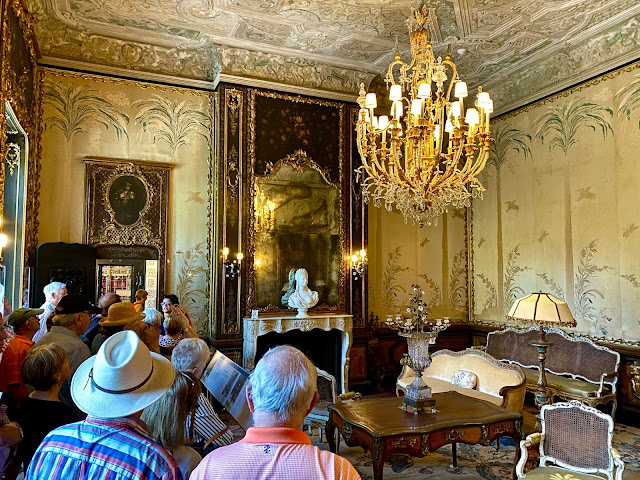 The ceiling is from a European castle.  The chandelier is Venetian. 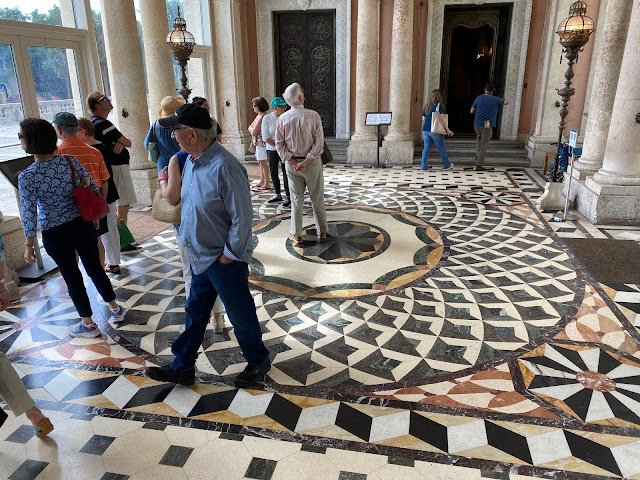 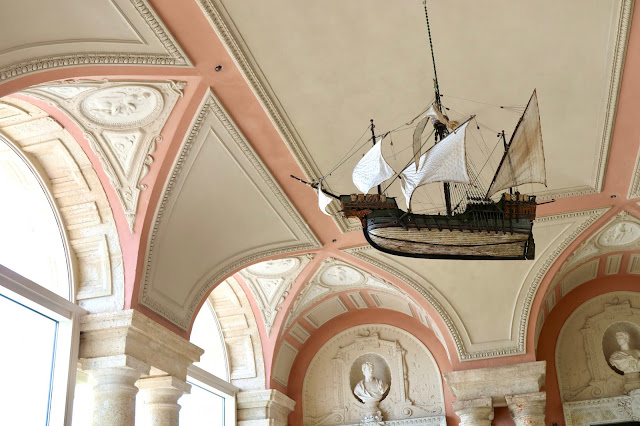 Deering was an avid sailor.  Images of caravelles are incorporated in the house's decor. 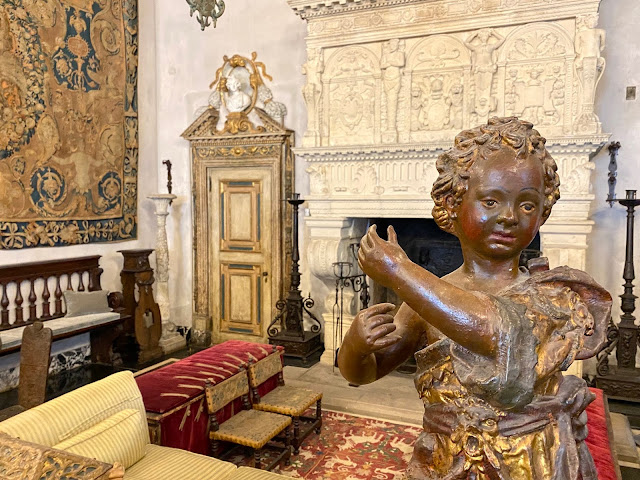 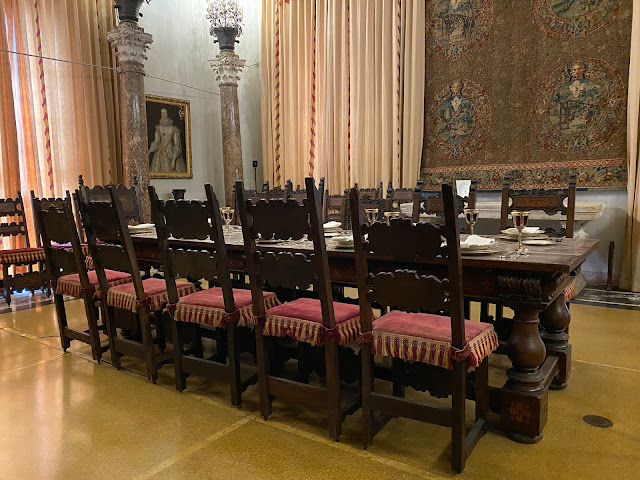 Deering had different craftsmen make each chair, so they are similar but each is different. 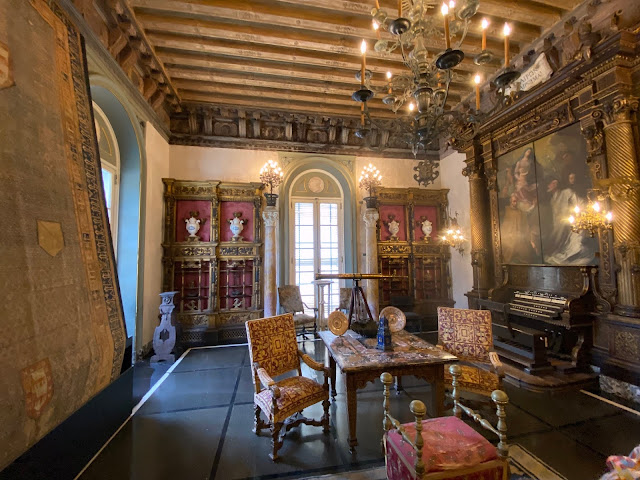 The organ has a panel behind it to hide the pipes. 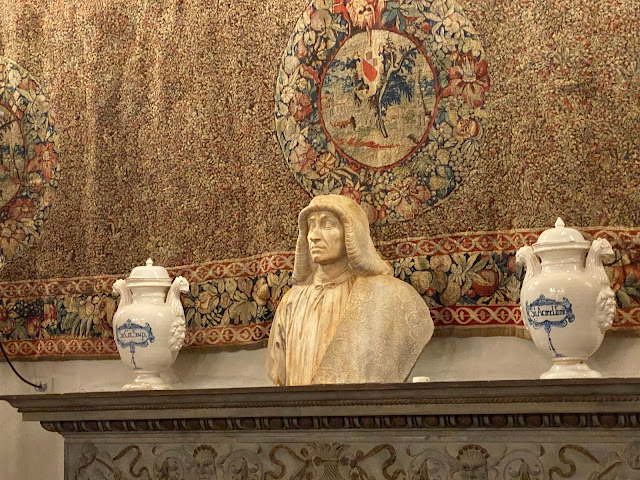 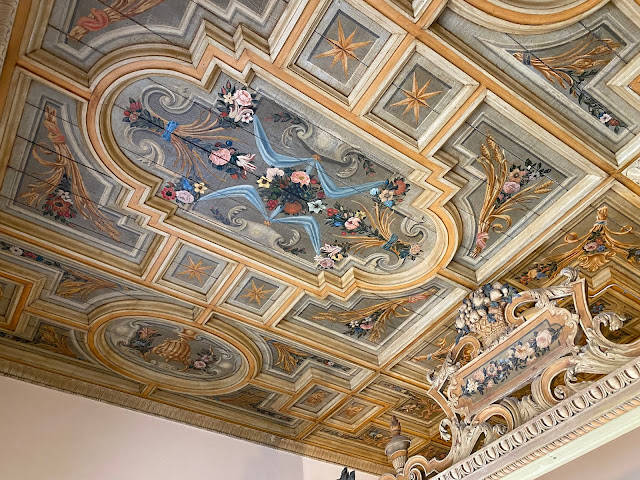 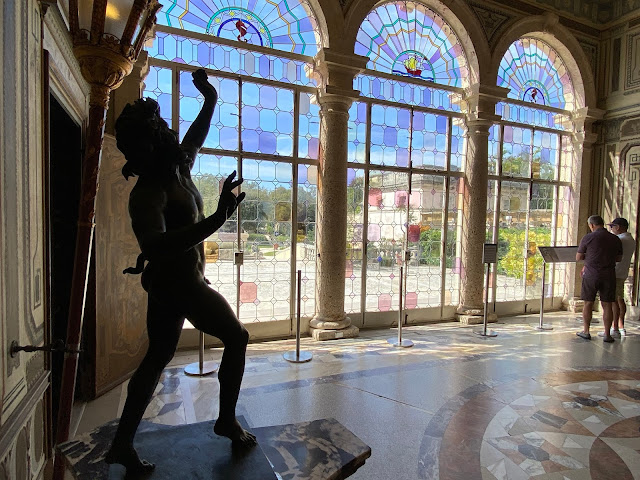 And, colored glass panes afford a look into the gardens, which will be visited tomorrow.
Posted by Jack at 5:30 AM

How very ornate. It reminds me of other Florida villas, like the one in Sarasota (Ringling comes to mind but might be wrong...)

It is amazing, Jack! I have never heard of it before.

Wow, I feel like I'm back in Italy touring one of those expansive villas.

What a lush interior. I was impressed by Deering's shaving mirror and razor. Shaving looked painful back then despite great wealth. Fun seeing your photos of this house.

Wow! Amazing place and I love the floor and ceiling!

Beautiful. Thank you for sharing your images. We have visited there some time ago.