Out of the Jurisdiction: Rhodes

Rhodes, a relatively large Greek island, is so far east in the Aegean Sea that it is almost in Turkey.
It is known as the home of the Knights of Saint John, who ruled from the 14th into the 16th century.
Like many other Greek islands, it passed into the hands of different conquerors
frequently, so many that I didn't try to remember all of them. 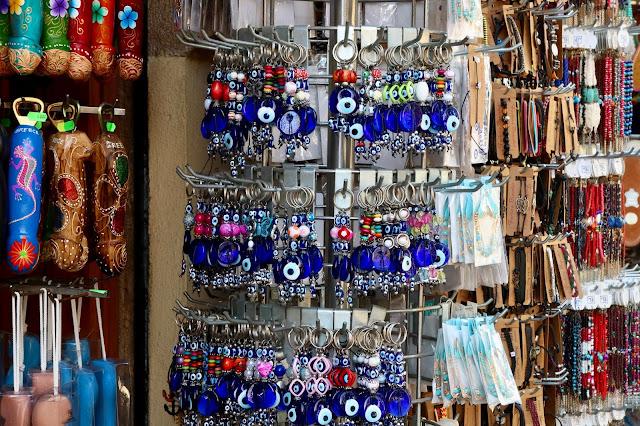 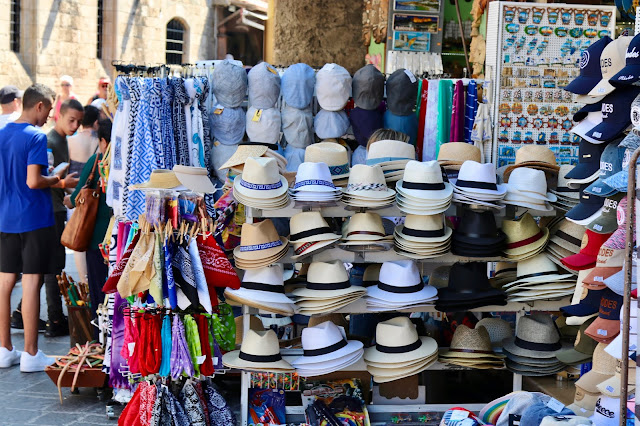 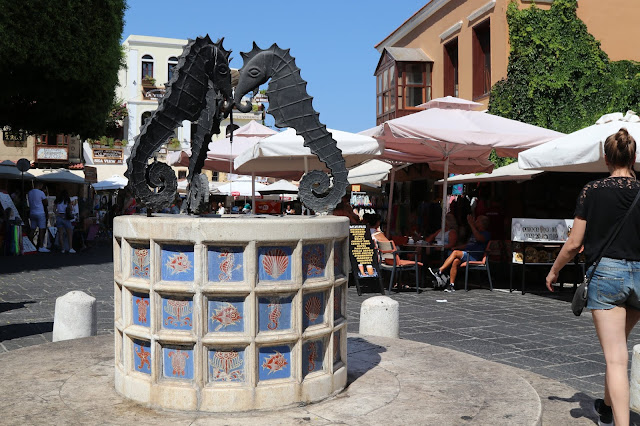 Today, it seems to be dominated by tourist shops and tavernas, with aggressive shop owners calling out to passers-by and trying to lure them inside.  Didn't work with me. 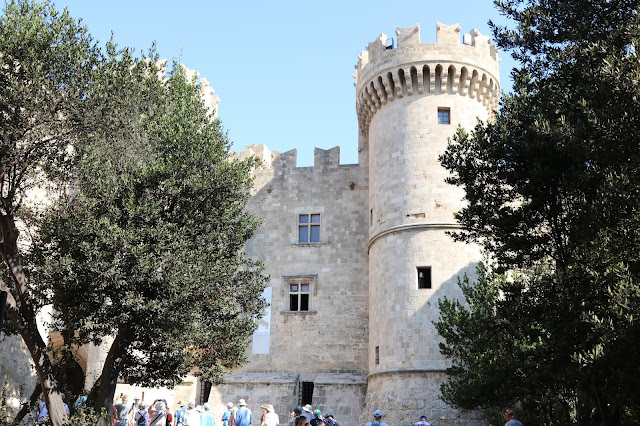 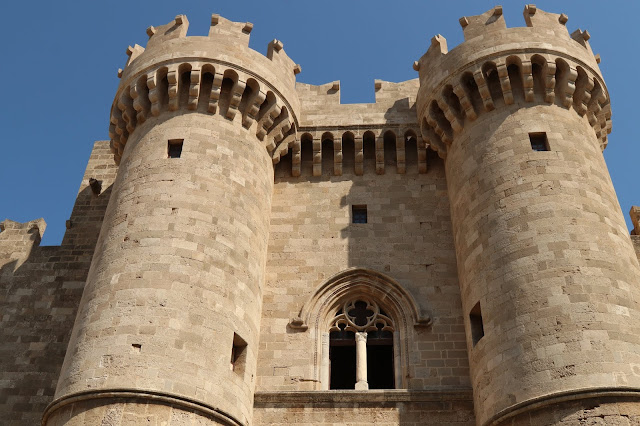 In 1912 the Italians wrested control of Rhodes from the Ottoman Empire.  In the 1930s the Italian fascists rebuilt the Knight of Saint John's castle, with the intention of making it a vacation home for Mussolini.  The Second World War ended and Mussolini died before it was ever occupied. 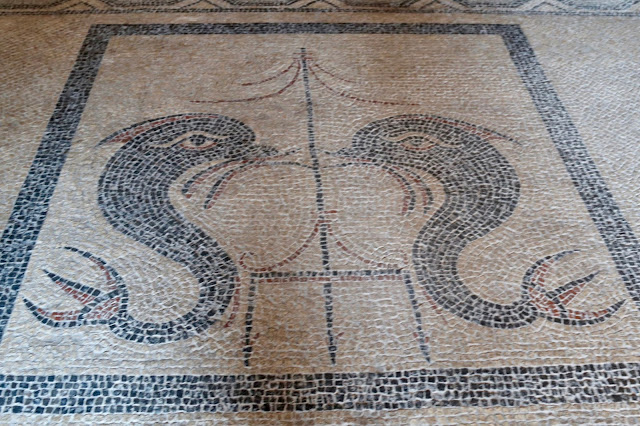 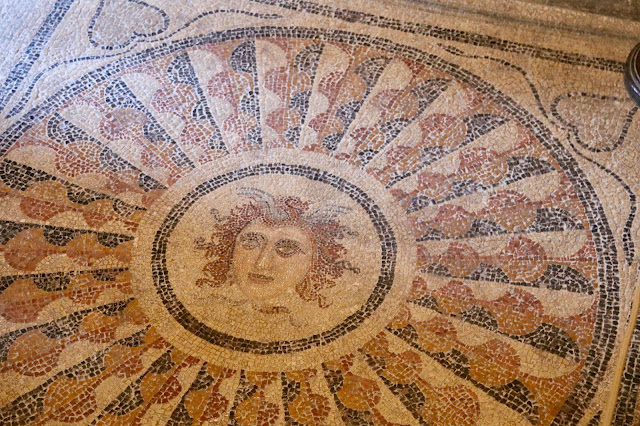 One thing the fascists did well was finding beautiful ancient mosaics and
reinstalling them in the palace. 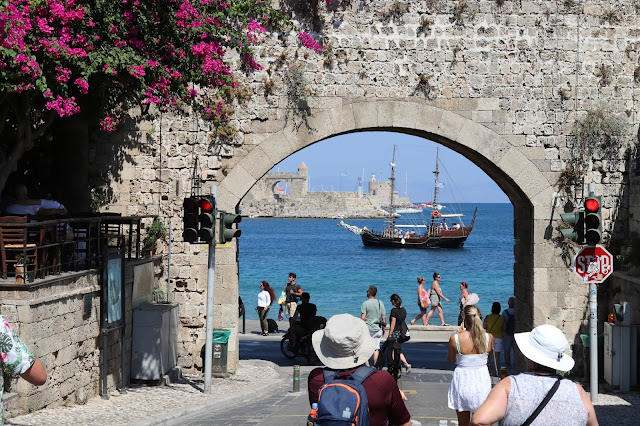 I love that last pic, Jack!

I have (perhaps mistaken) the idea that sidewalk sales should be of high quality but lower cost than things in shops...based on a lower cost overhead. Silly me.

The castle is quite impressive.

I've really enjoyed your photos of Italy and Greece. So much history in that part of the world and the architecture and other art works are beautiful.

You do have a wonderful trip, Jack, thanks to let us participate through your fantastic photos !

What?? No fancy keychain for you? Love the photos.