Out of the Jurisdiction: Around Bergen 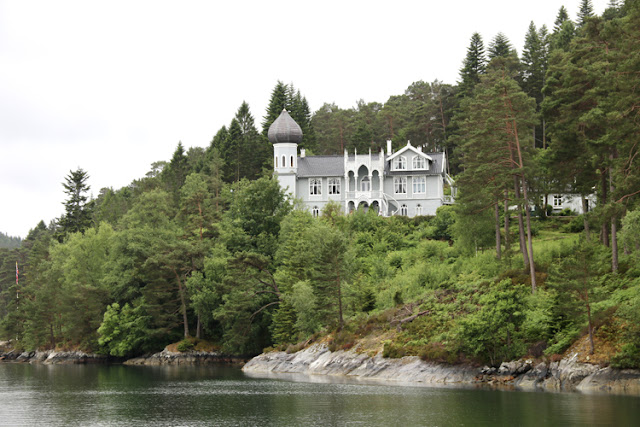 Ole Bull was a world famous violinist in the 19th century.  For his summer house on Lysøen Island, he incorporated styles he had seen on his travels, a tower and bulb roof on the left,
an Arabian balcony in the center and a Swiss chalet on the right. 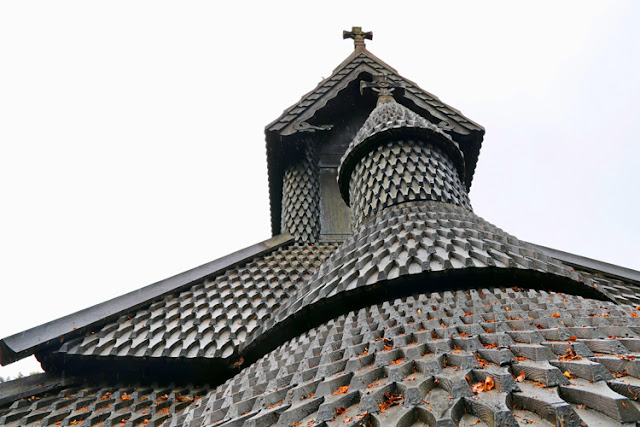 A 12th century stave church at Fantoft was moved to its current location in 1883
and rebuilt after a 1992  fire. 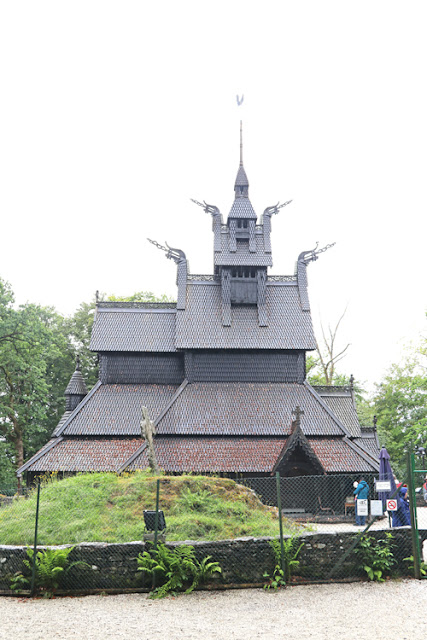 The violinist's architectural taste certainly is unique; don't know how I feel about the combination of styles in one structure. I LOVE the stave churches and enjoy seeing them on occasion here in our own country. I often visit the one on Washington Island, Door County, Wisconsin.

The third shot's my favourite, Jack.

The house is quite amazing. What a mix of architectural styles.

That amazing and famous church always looks strangely oriental to me.