The American School for the Deaf 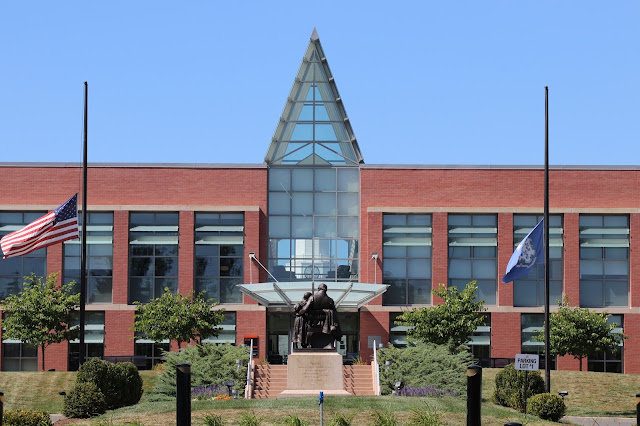 The American School for the Deaf is celebrating the 150th anniversary of its founding in 2017.
It is now housed in this four year old building, erected to replace an inefficient old building that had
become too expensive to maintain.  The glass center calls to mind the cupola of the old building. 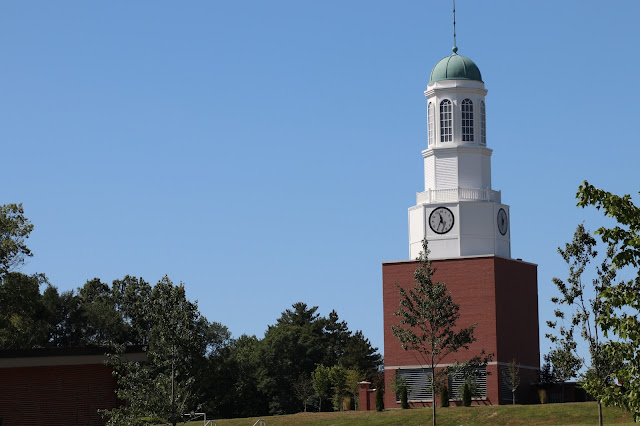 A replica of the cupola on the old school building stands behind the school. 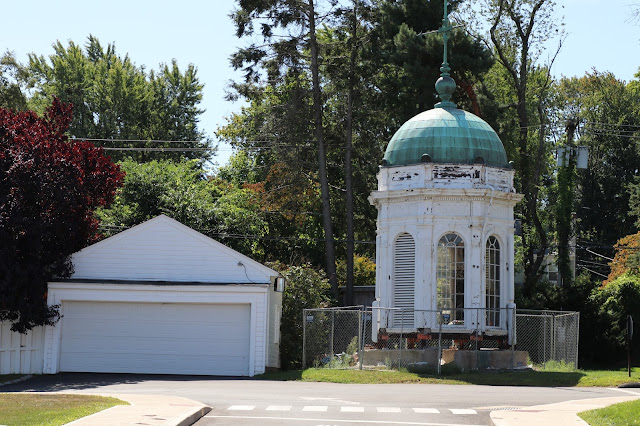 The real cupola from the old school building is waiting for its new role. 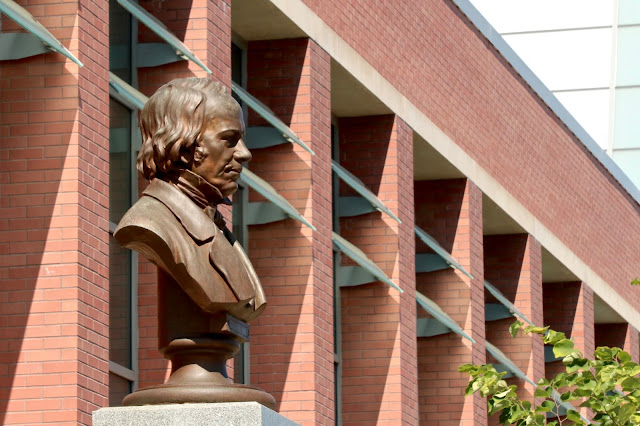 Thomas Gallaudet gets much of the credit for starting deaf education in America.  He persuaded Laurent Clerc to move to Hartford from France to co-found ASD with him.  Clerc's biggest contribution was introducing sign language to American deaf students.

For the next two weeks, I will be in Spain and France.  I should have wifi, so I will post from there.
Posted by Jack at 5:30 AM

There was a school for the deaf (and still is, I think) in one of the towns near where I grew up.

Have a great time, Jack! Looking forward to the pics!

There is a school for the deaf in Sioux Falls, SD. I am sure the school in your photos does excellent work.