Out of the Jurisdiction: She's Not in West Hartford Any More!!

Susie's best laying hen was bitten by a venomous snake and died.  Time to renew the flock. 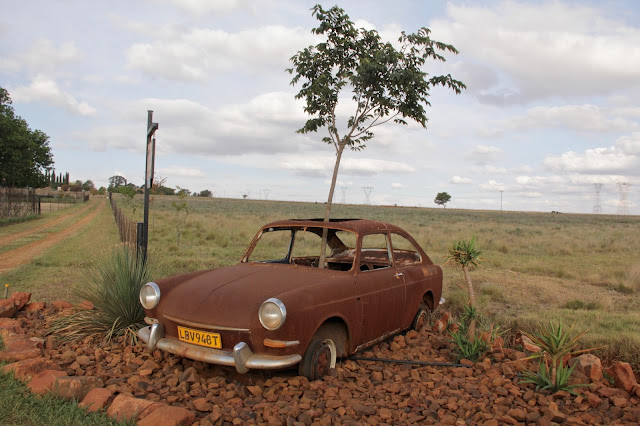 We drove to a chicken farm in the countryside near Pretoria. 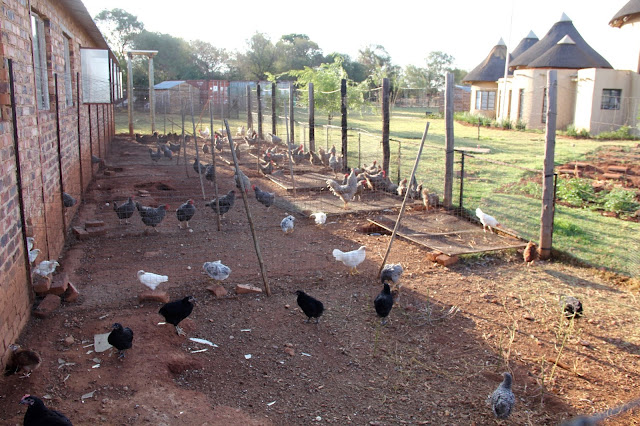 It was pretty rustic.  The place was awash in chickens. 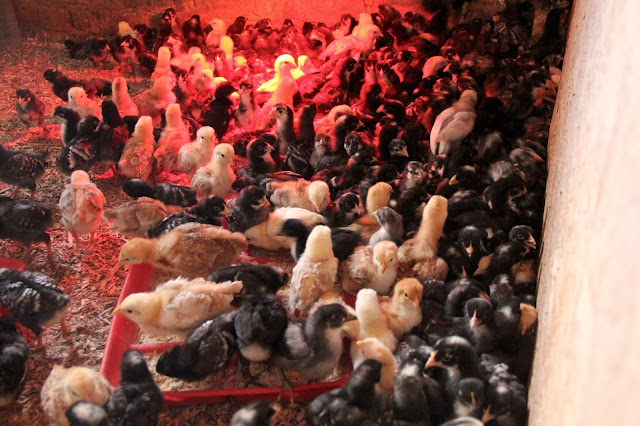 There were room after room of chicks, hens and roosters of different breeds and ages. 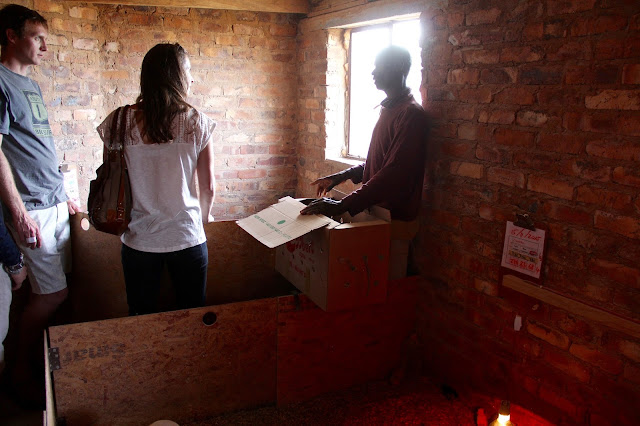 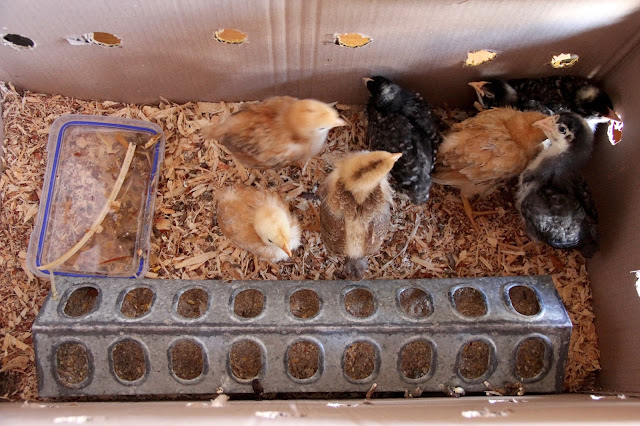 Four three-week-old Rhode Island Red (yellow) and four Potch Koekoek (black) chicks are new residents of the Midrand farmette, along with nine fertilized eggs that were days from hatching. 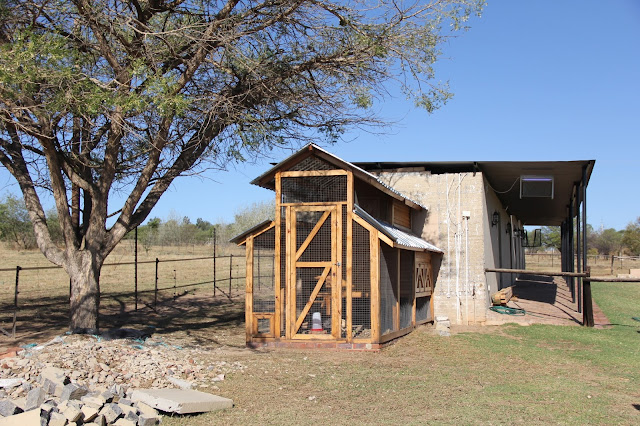 In 2013 I showed the chicken coop as it was being built.  It now houses three mature hens and the new residents.  When the new chicks mature, Susie and Wes expect eight to ten eggs a day.

Happy birthday, Susie!
Posted by Jack at 5:30 AM

The chicken coop looks good, a veritible chook mansion :) There's nothing to beat fresh poached eggs and coffee in the morning! Happy birthday Susie, watch out for those pesky snakes, same deal here in Australia.

oh no! what a neat experience though, chicken shopping! happy birthday susie!!

Thanks for taking us along on this little farming adventure. Oh yes, and Happy Birthday Susie.

Got a chuckle out of your shot of the VW Square Back with the tree growing out of it. That car body is now serving as decorative art in a well tended garden.

That is a fine-looking chicken coop, Jack! And Happy Birthday to Susie!

It looks like at that farm and at the coop that the chickens have room to roam about, which is good.

Yikes, I thought hens being taken by foxes (common here) was bad enough. But that coop looks like a fortress. Yes, happy birthday Susie. It must be good to spend it with dad.