Out of the Jurisdiction: Lions 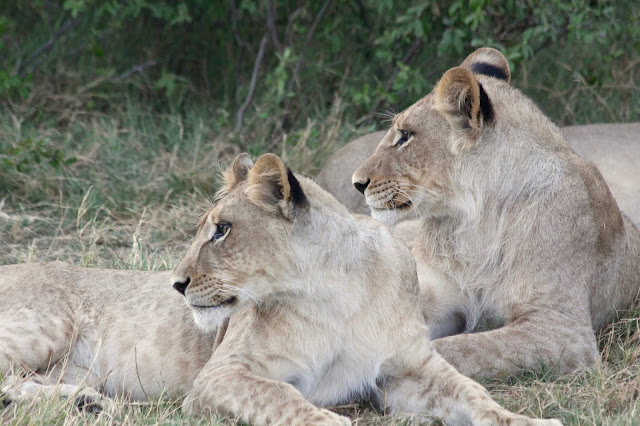 A male and female lion club were part of a six lion pride, along with two lionesses and two males.
They were resting in the shade of trees and bushes. 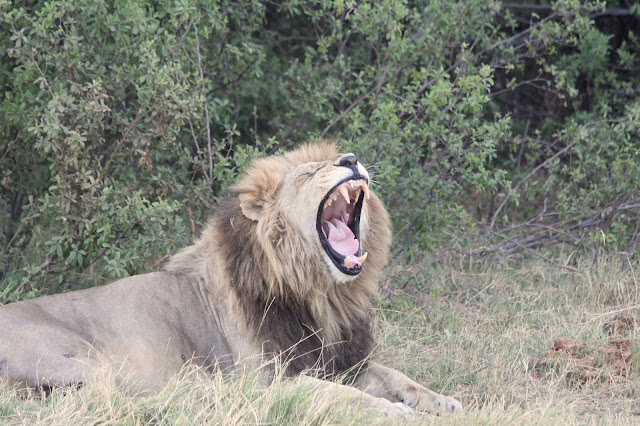 This male displayed his teeth to show that he is dominant and could make a snack out of me.
OK, you caught me.  He just yawned. 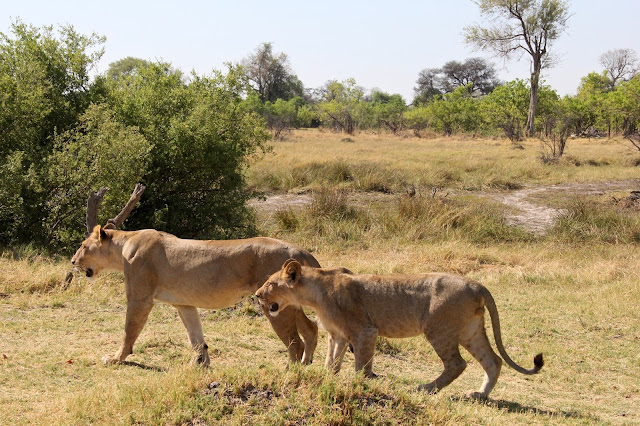 A few days later, the two lionesses (above) led the hunt with the two cubs following behind at a distance.  The two males brought up the rear.  (Female viewers can comment to their heart's content.) 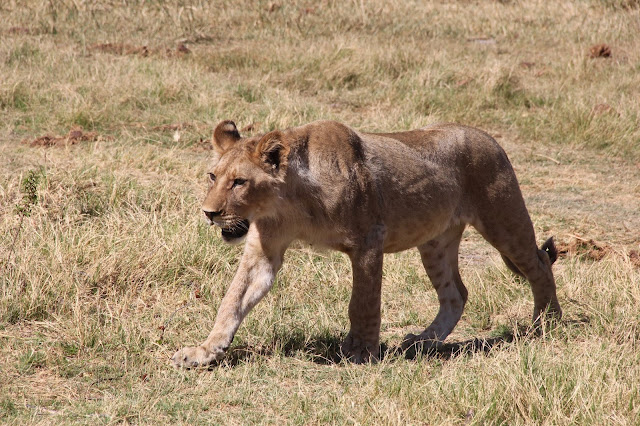 look at those teeth! great photos!

You posted some great pictures again Jack!
It's always a pleasure to visit your website and to watch your great work!

Oh, yes!! Awesome shots and such a magnificent animal indeed!! Your photos are marvelous and I always love your "narrative"!! Thanks for sharing the beauty!!

These are such powerful creatures, Jack! You are so lucky to see them in the wild!

the yawn is enough to scare me! It must be wonderful to see these magnificent creatures in their natural setting.

These are thrilling shots and that yawn is wonderful. I don't think I knew that younger cats had those spots. What a treat to see these pictures!

Wonderful photos, Jack. Shooting them with a camera is so much better than what occurs with some wildlife so-called sportsmen. Ever since the massacre in Paris I have been thinking of one of my favorite poems:

The Peace of Wild Things
BY WENDELL BERRY
"When despair for the world grows in me
and I wake in the night at the least sound
in fear of what my life and my children’s lives may be,
I go and lie down where the wood drake
rests in his beauty on the water, and the great heron feeds.
I come into the peace of wild things
who do not tax their lives with forethought
of grief. I come into the presence of still water.
And I feel above me the day-blind stars
waiting with their light. For a time
I rest in the grace of the world, and am free."

Granted the heron and wild drake and gentler than the animals in your photos but I still relate them to the poem.

Really love the first photo. They manage to look relaxed and alert at the same time.

I love lions, such beautiful animals !