The main street of Torrington was blocked off for a street fair, so I parked and walked through. 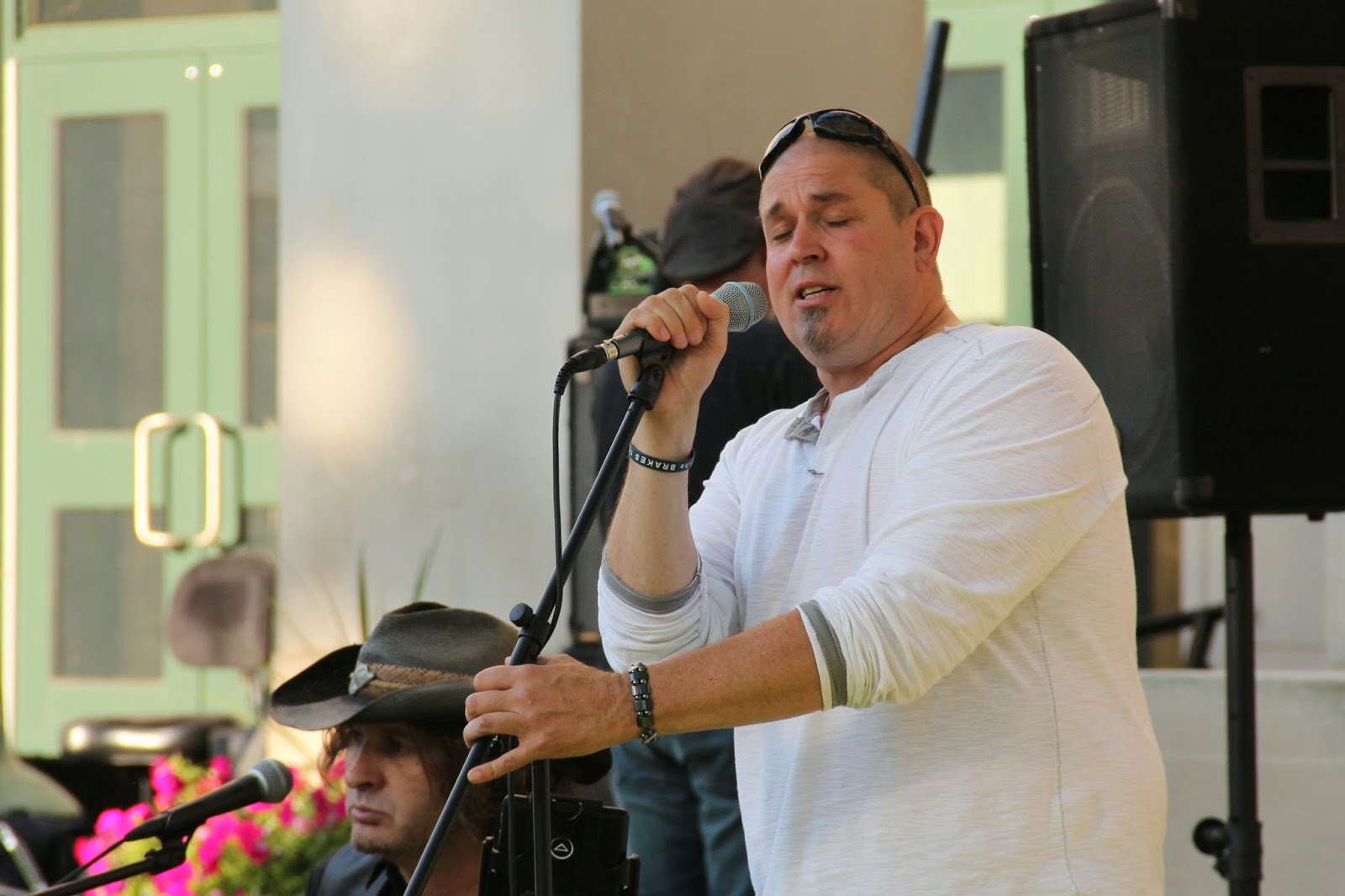 This singer was giving his all for a syrupy love song. 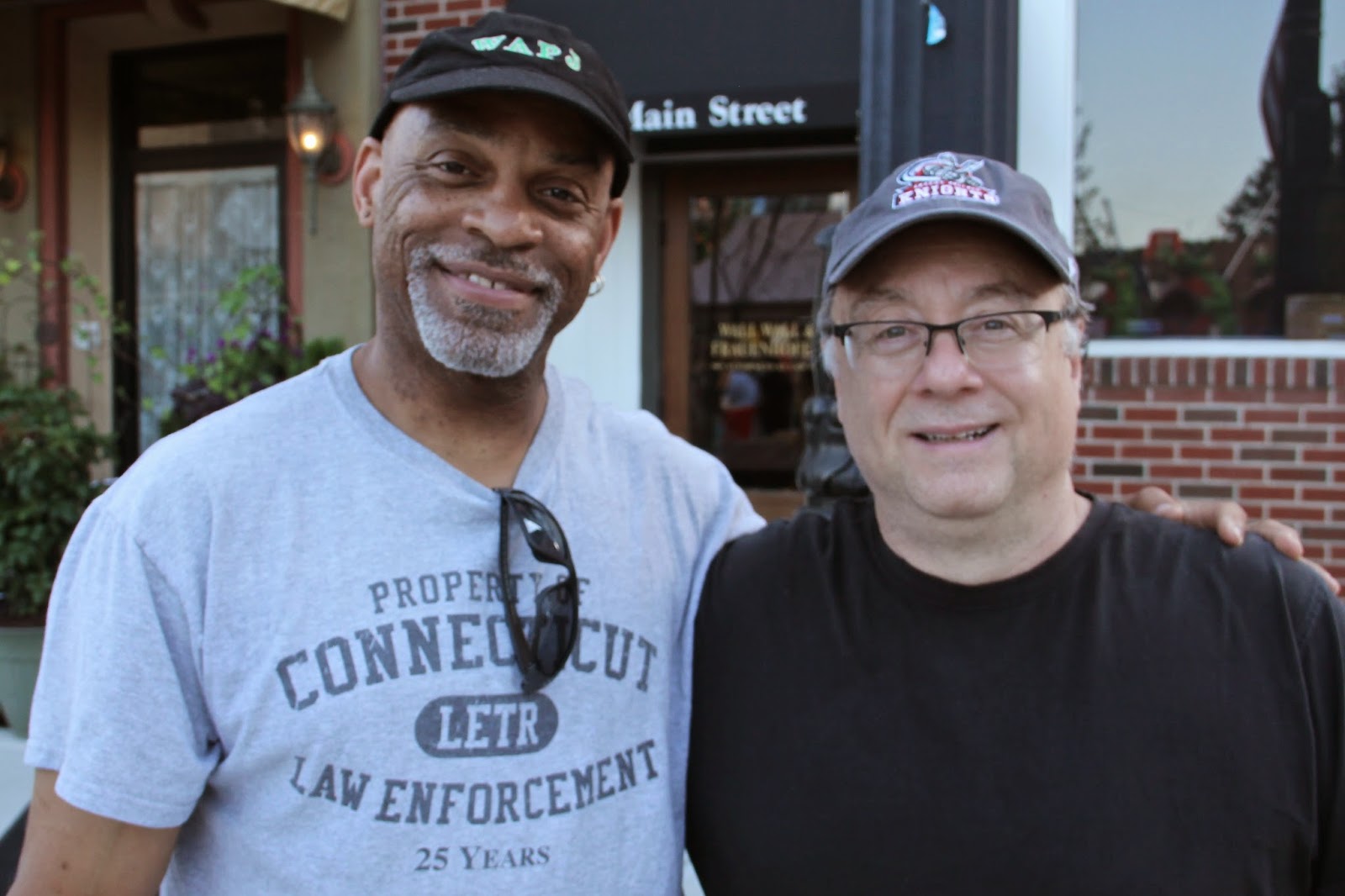 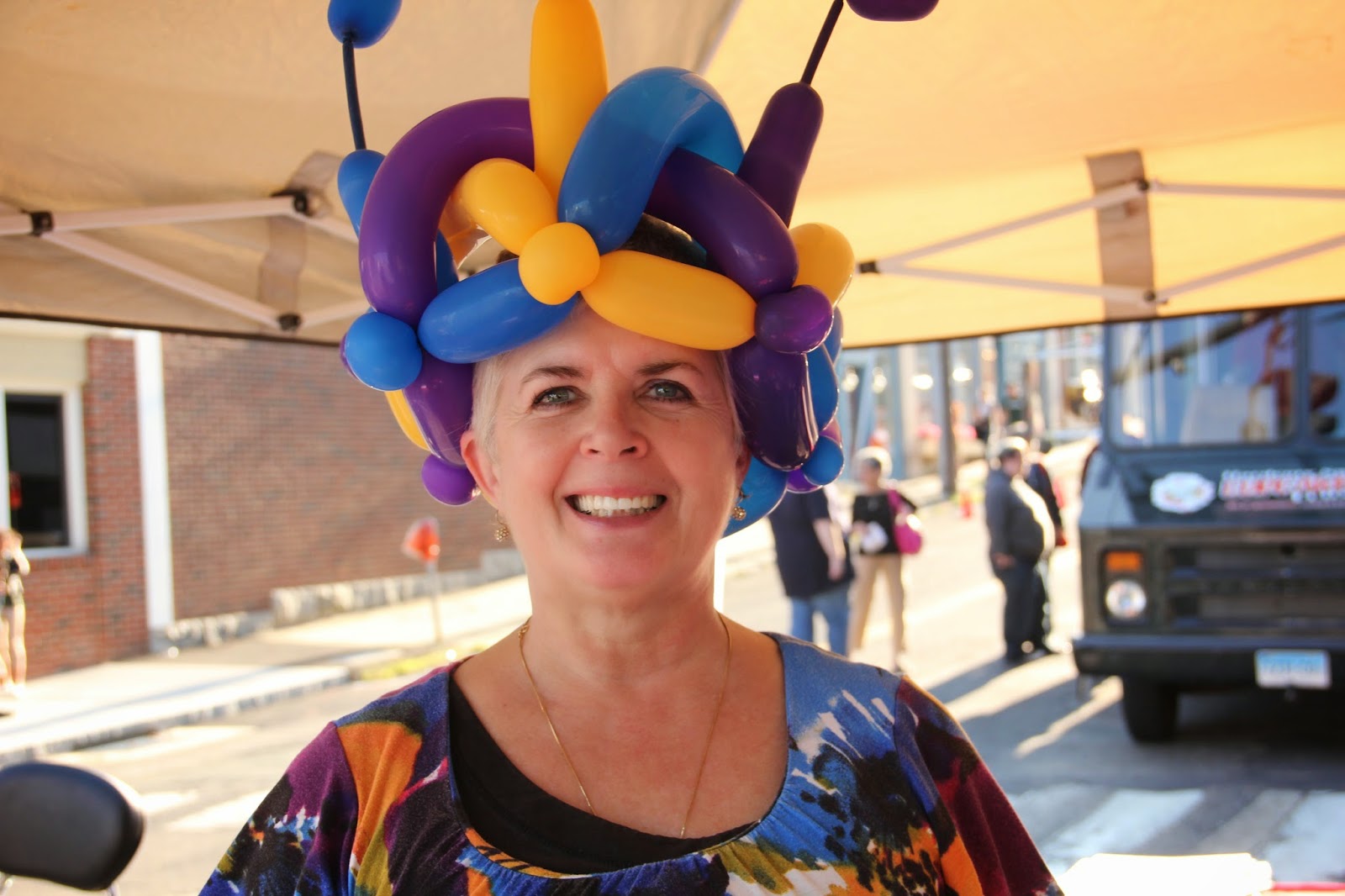 I almost signed up for a subscription to the local newspaper to reward a woman who could
wear a balloon hat without looking embarrassed. 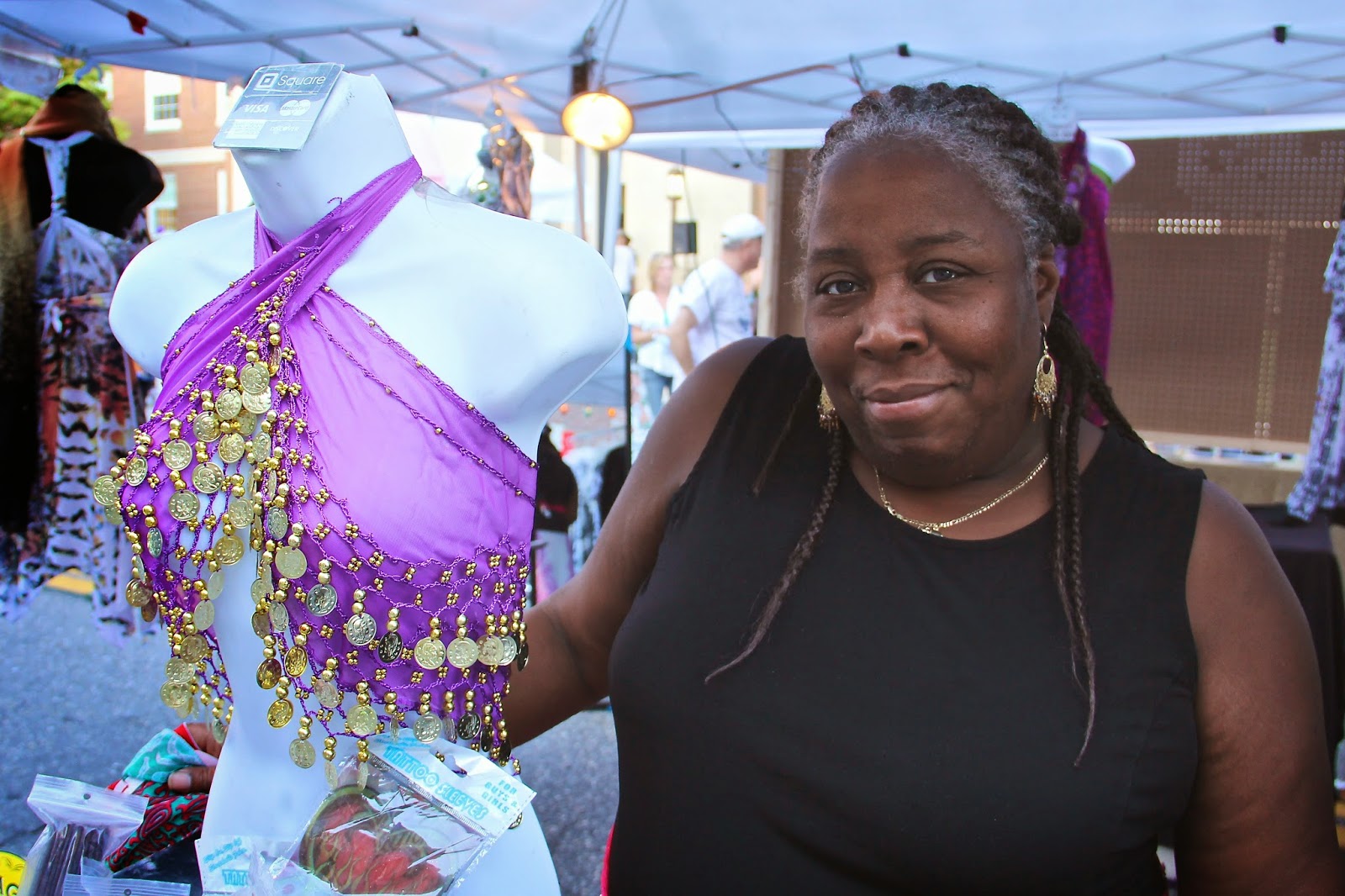 Kathy had a booth selling clothes. 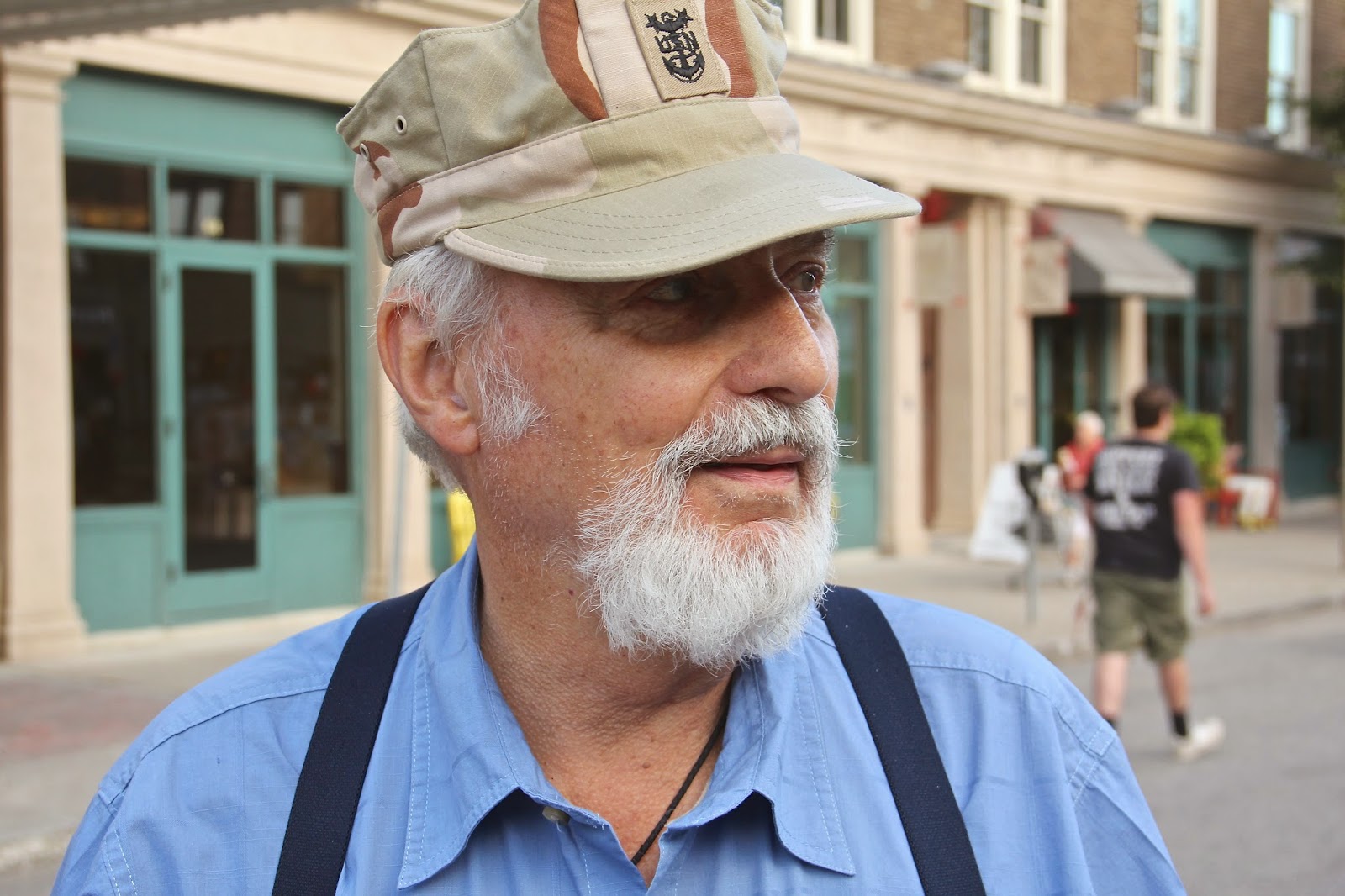 And Herman was a Seabee in the Navy.
Posted by Jack at 5:30 AM

Great pics as always. Love that balloon hat! Brave of her, as you say.

The woman with the hat has a real sense of fun!

You got to meet a lot of people on your walk through the street fair.

I got some very nice portraits of interesting people. My best wishes to the funny lady with the balloons!

I love zydeco music... Krawdaddy is a station I would try to tune to in NO.

LOVE that balloon hat. Bless her heart for wearing it and it doesn't look like there is much to Kathy's clothes!

The woman with the balloon hat chose her colours well to match what she was wearing.

Ah, nothing like a fun day at the fair!! And as always, your "people" shots are terrific and interesting!! Enjoy your weekend, Jack -- camera in hand, of course!

You are so good with these people on the street portraits, Jack!

Wait...what hat? Oh, that! I thought you'd finally gotten a sighting of a friendly alien.

did you buy that purple thingie? :P