Out of the Jurisdiction: Columbus Day

Christopher Columbus discovered America on this day in 1492. 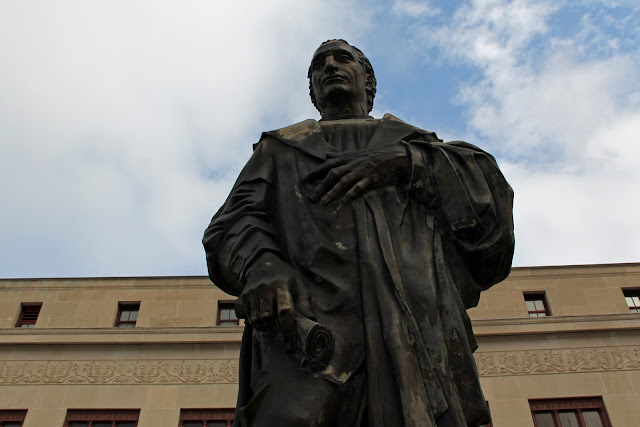 Columbus, Ohio, is one of 32 cities, towns and townships in America named after Christopher Columbus.  His statue stands in front of Columbus City Hall.  A replica of his lead ship, the Santa Maria, is harbored two blocks away on the banks of the Scioto River. 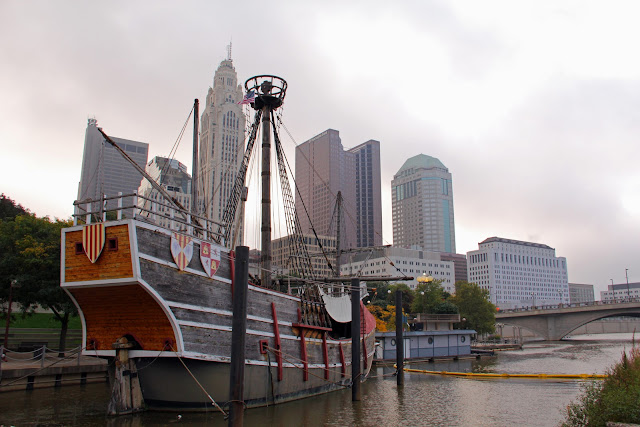 When you think about it, he was pretty adventurous man.

Great pictures Jack! I visited Columbus during the Summer and I liked it.

The ship is fantastic. I'd love to climb the "Crow's Nest" and gaze upon the world! Columbus Day appears to be losing favor in today's world. Read nothing about it in our local paper with no mail being the only clue, or so it seems.

Instead of Colombus Day, we have Thanksgiving! I like the replica of the ship. That's really neat.

«Louis» had no idea that there is a replica of the Santa Maria there!

Very interesting post and I love the composition shot with the modern buildings and the ship.
Thanks for sharing!
Léia

Columbus is one of those mixed figures with a balance of achievement and some very troubling reflections of the attitudes of the day towards indigenous people.

Beautiful photo of the statue, Jack, and I love the replica of the ship!

Lets all take a ride on that ship!

Great picture of the ship. And Columbus has that scholary look on him.

Great post for the day -- as always! And I do love the ship!! Have a great day, Jack!

Imagine crossing the Atlantic in that ship!

The statue is very beautyful, and it's funny for me , 'cause I saw an other one in Barcelona. The replica is very interesting, it helps to better understand how courageous those men were, to sail on oceans on such small ships!

For the longest time we used to have an Indigenous Peoples Parade instead of a Columbus Day event. But even that seems to have faded away.

One could argue that he didn't discover America but that his trip was documented...

replica of the Santa Maria in Columbus Ohio, good to know, for a bet of something :-)

Oh I need to see that ship. Wow, I had no idea it existed even in replica form....

There is so much debate about who really discovered America first... but oh well, he was still famous.