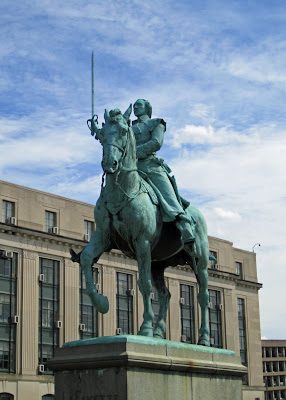 The Marquis de Lafayette was a great favorite of the Americans.  He was young, handsome and dashing, and became a friend of George Washington.  The French were pivotal in the Colonists' victory over the British in the American Revolutionary War.  The original of this statue is in the Louvre.  This replica stands in a small triangular park among state government buildings in Hartford.   Lafayette's sword is raised in salute to the state Capitol. 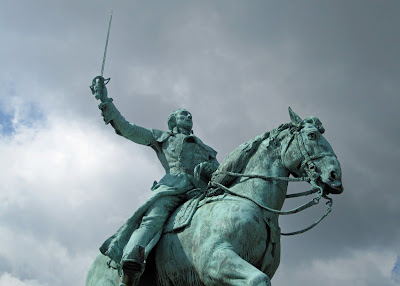 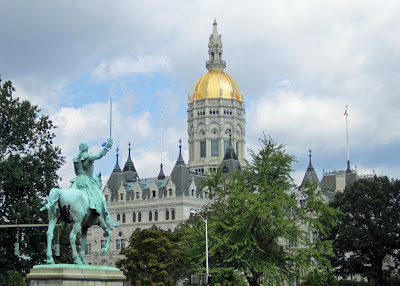 Ah Monsieur de Lafayette. He's scheduled to appear on VersaillesDP tomorrow though not in such a beautiful fashion!

The sculpture of M. Lafayette is wonderful!Your pictures are great, I like so much the last one with the adorable building detail.Amazing!
Léia

Great shots of the state, Jack. He really does appear tobe saluting the capitol!

We Americans owe a lot to our allies.

I am glad I see Hartford in your blog, so beautiful and colorful city.