Baker Museum has a sobering exhibition of drawings by Mauricio Lasanski.  A son of Jewish immigrants who fled to Argentina from Lithuania, Lasanski moved to the USA and became a noted printmaker. 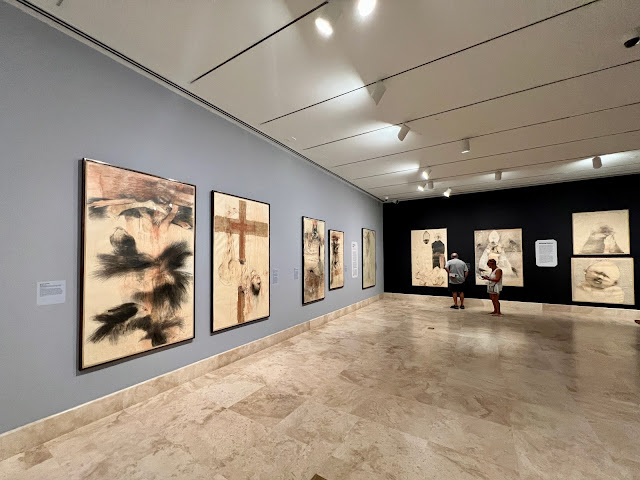 Following the arrest and subsequent trial of Nazi war criminal Adolph Eichman in the 1960s, Lasansky was driven to create this disturbing series of 33 large-scale drawings. 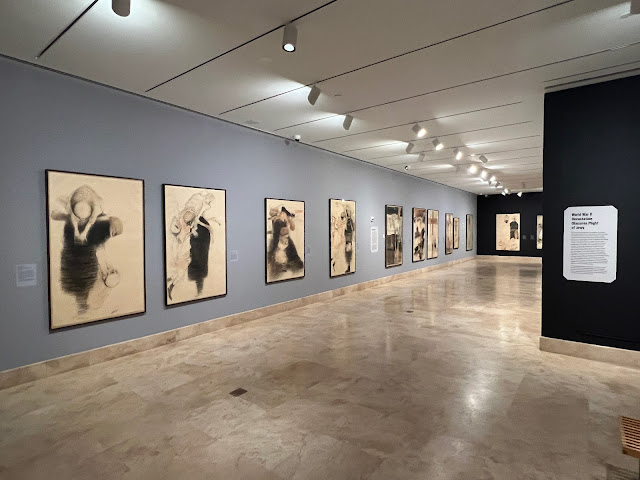 Images include scenes in gas chambers and abuse of women, children and disabled. 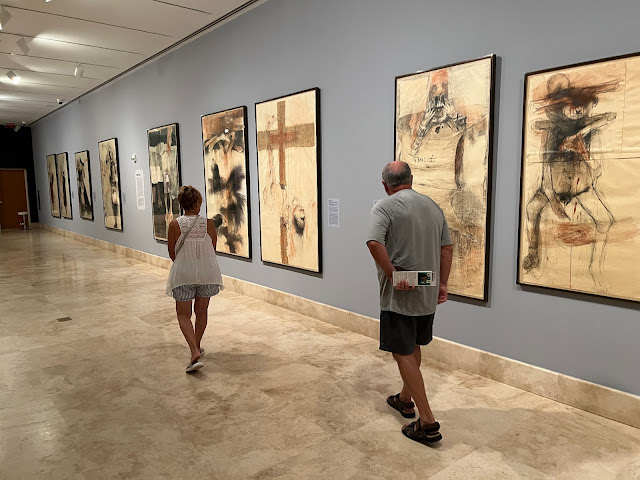 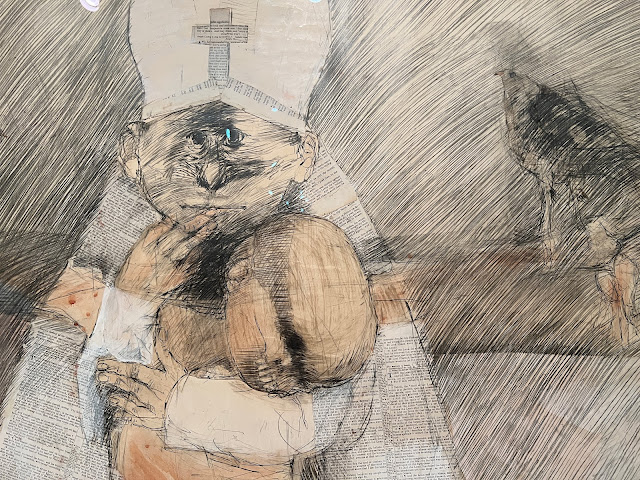 Lasanski criticized the Catholic church for turning a blind eye to the massacre of Jews, especially children. 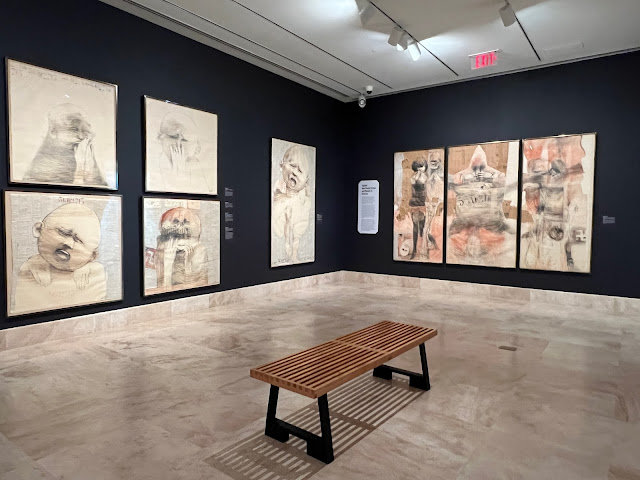 Quite an emotional impact.

This is a powerful exhibit from a deeply disturbing time in history. Unfortunately there are those who would willingly repeat these terrible persecutions.

There was an exhibit here at our war museum that included work by a war artist documenting the Holocaust. Haunting to say the least.

As someone who has Jewish ancestry I say well done to this artist. We need more Jewish art.