Yesterday the daughter and son-in-law treated the family to a visit to the annual Holiday Train Show at the New York Botanical Garden.  Fascinating!  There are 175 small buildings beside the tracks, made of natural materials, with model trains continuously running past. 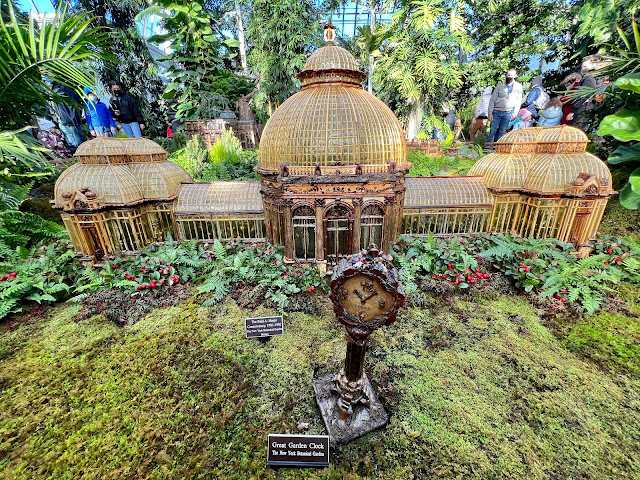 The train show exhibition is in the Enid Haupt Conservatory at NYBG. 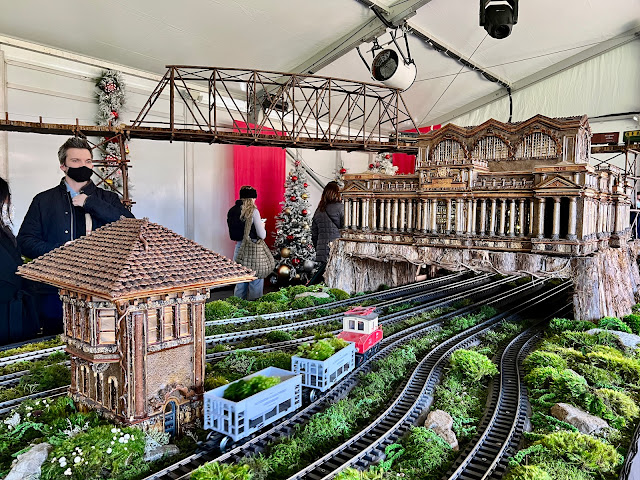 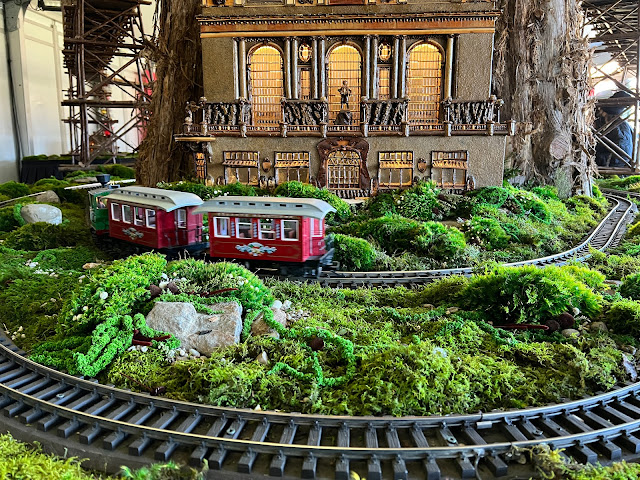 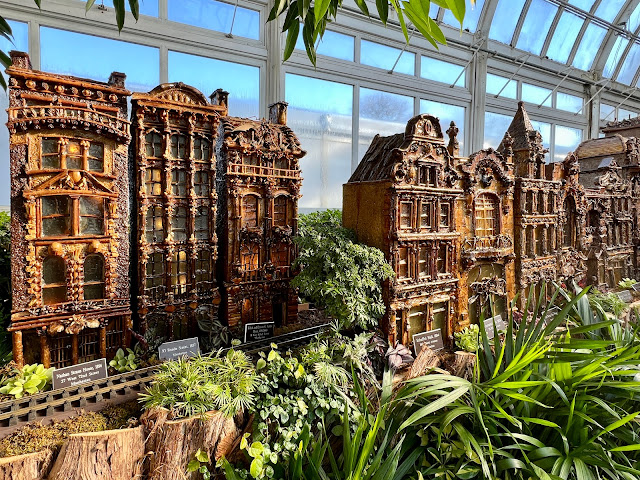 Part of an assemblage of 19th century buildings in New York City. 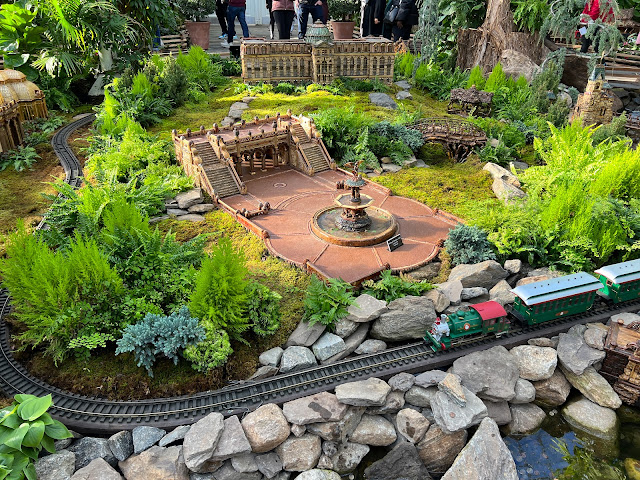 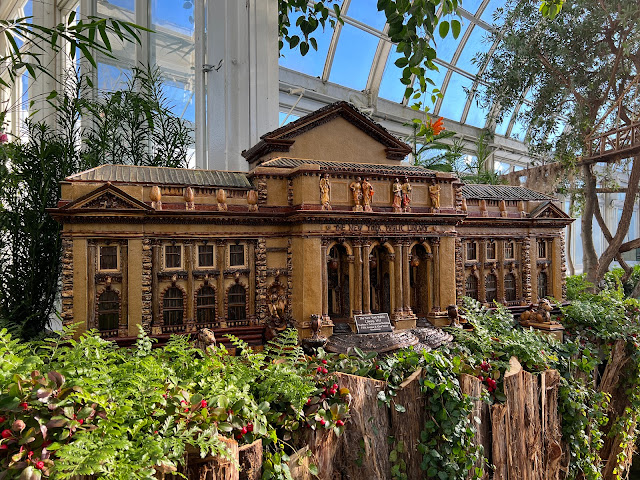 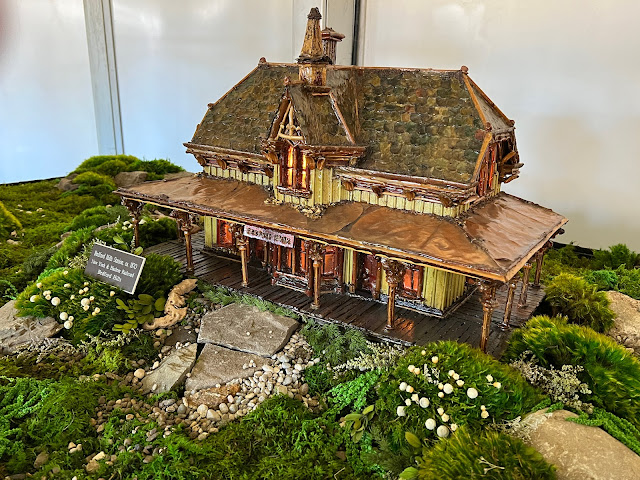 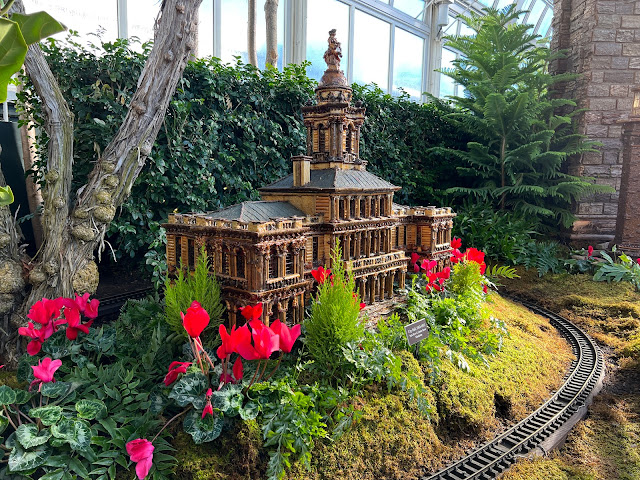 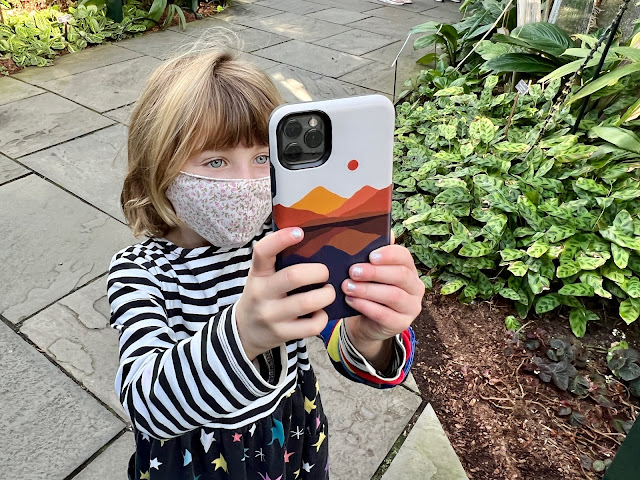 A four year old photographer is working on her portfolio.
Posted by Jack at 5:30 AM

What a terrific display. Model railroads are such fun to see. I would have loved being there.

oh that's cool, everything is so cleverly made