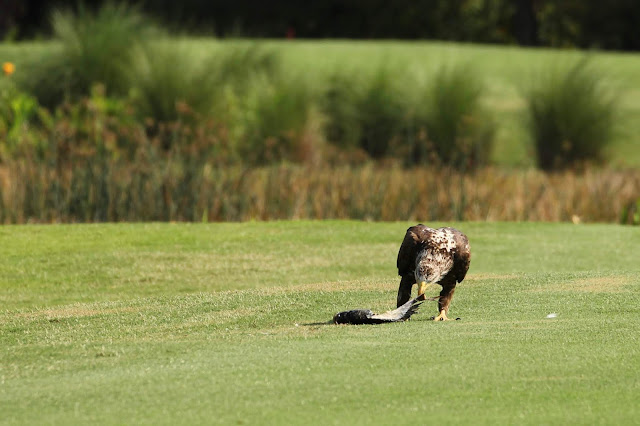 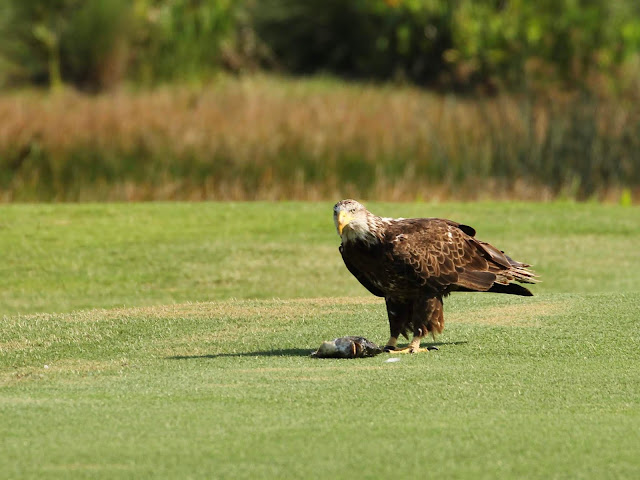 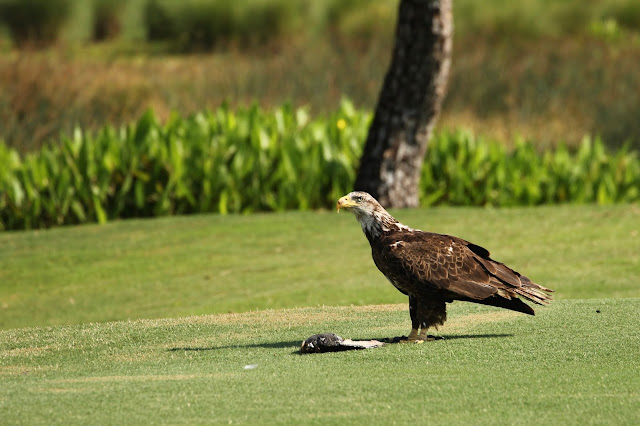 A young bald eagle wrestled with a fish carcass.  It had little luck and could have used
some educational assistance from an adult. 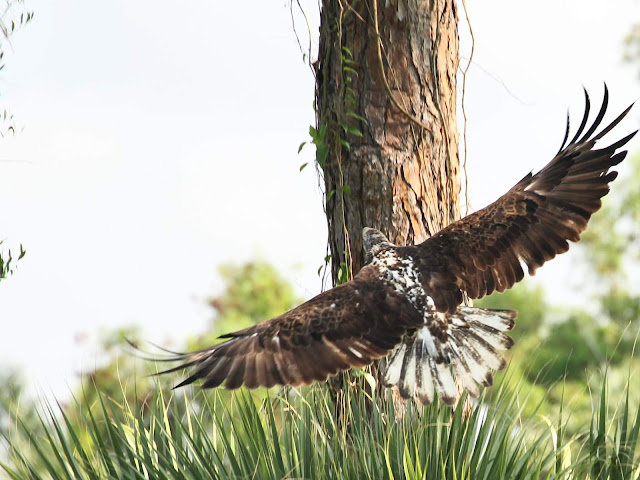 This eagle was probably two to three years old.  They don't get their white heads and brown bodies until they are four or later.  Technically, a young eagle at this stage is supposed to be called a
sub-adult instead of immature, but I don't want to show off.  Here is my source.
Posted by Jack at 5:30 AM

Oh what a lovely creature!

That is a long time they take as children, Jack!