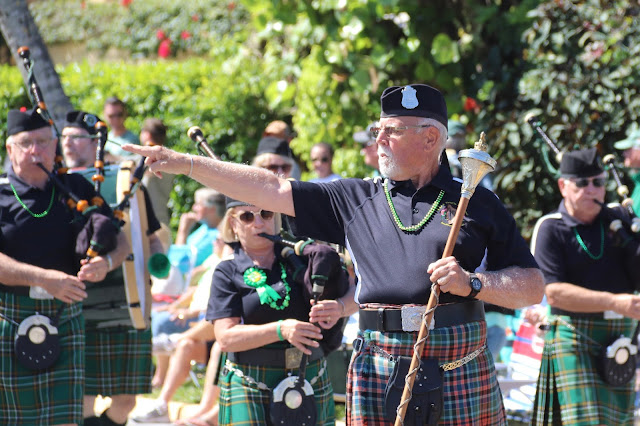 One of the Irish dancing schools. 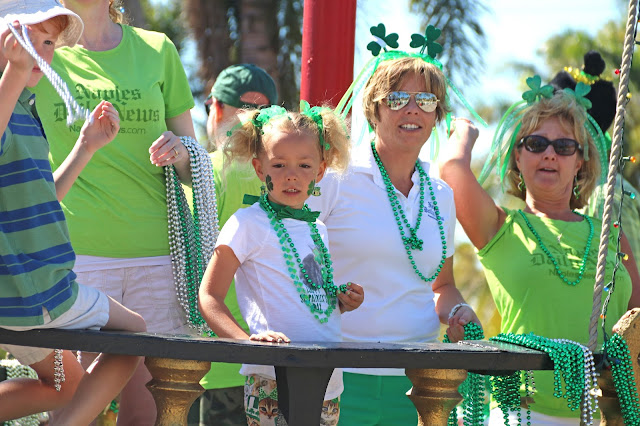 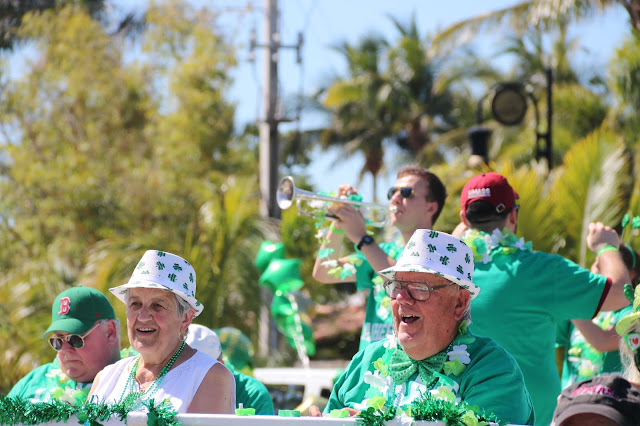 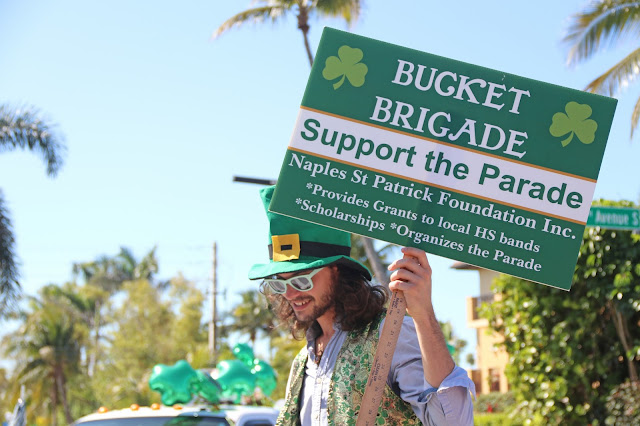 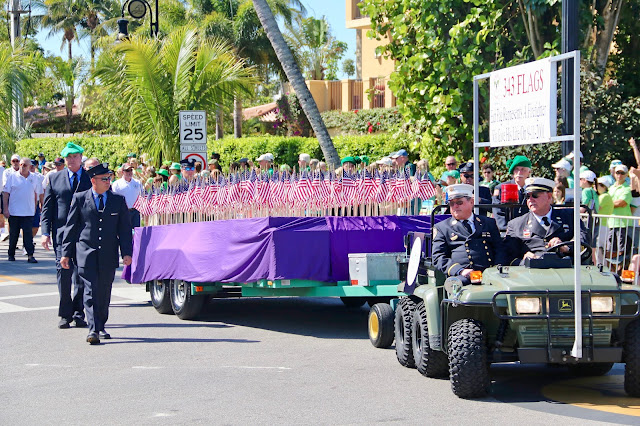 The biggest cheers were given to the New York City's firefighters, whose float has
343 American flags, one for each firefighter who died in the September 11, 2001,
attack on the World Trade Center.
Posted by Jack at 5:30 AM

Colourful parade (as long as you like green!). I love to watch Irish dancing especially as done by the little ones.

A lot warmer than our parade was!

I just looked at photos from Ireland where everyone was bundled up against the cold. Now here I see another parade where everyone is soaking up the sun! What a contrast.

Your weather was a lot warmer than ours. People everywhere all enjoying a wonderful parade. Great shots, Jack!

I love a good bagpipe band Jack. All those lovely men in kilts 😀 Looks like lots of fun!

Hooray for bagpipes and step dancers.
Tossing candy and green beads?? When did that become a St. Patrick's Day thing?
Three hundred and forty three flags. A somber memorial.