Yesterday near the Naples Pier I saw a group of fit and handsome young men in black shirts
and two pretty young women.  So, I did what I do.  I took a photograph. 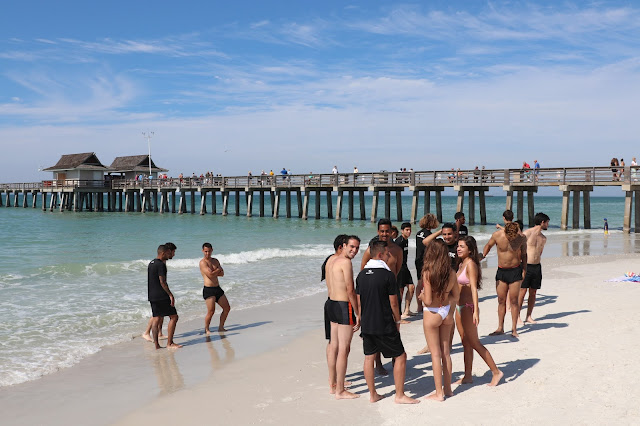 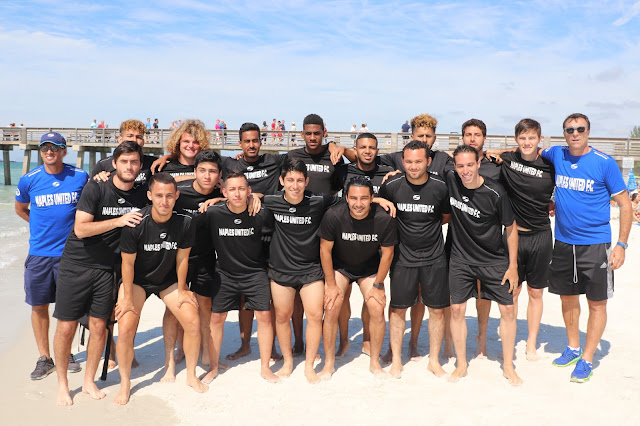 The Naples United F C is a semi-pro soccer team.  They were taking a break from
tryouts and pre-season practice.  Their coach lined them up for a group photo. 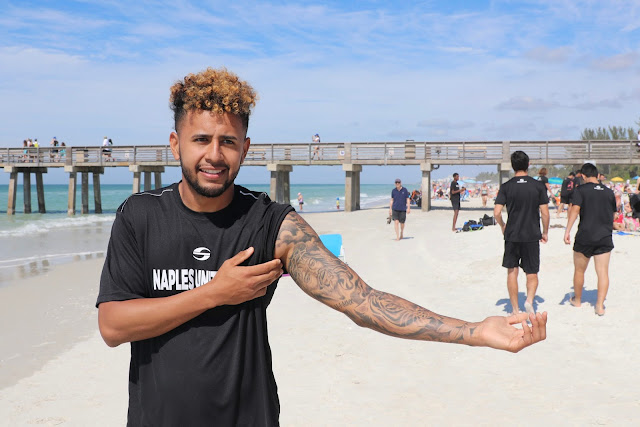 Junior is one of the players.  His left arm is covered by beautiful tattoos.  They include
a tribute to his deceased brother, the word "Faith" and a portrait of Christ. 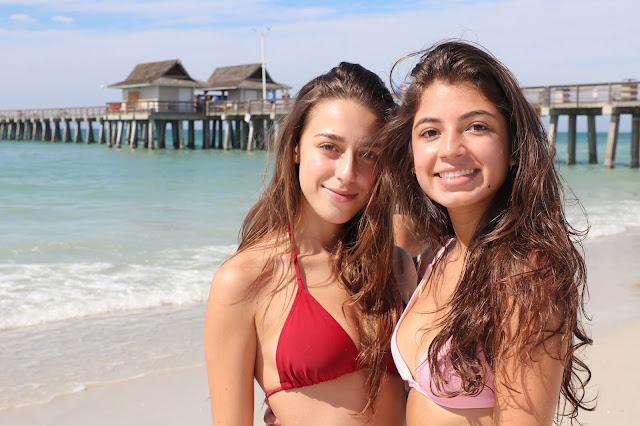 Leona on the left and Christina on the right are the team's models.
I don't know what soccer team models are supposed to do, but they are pretty and nice. 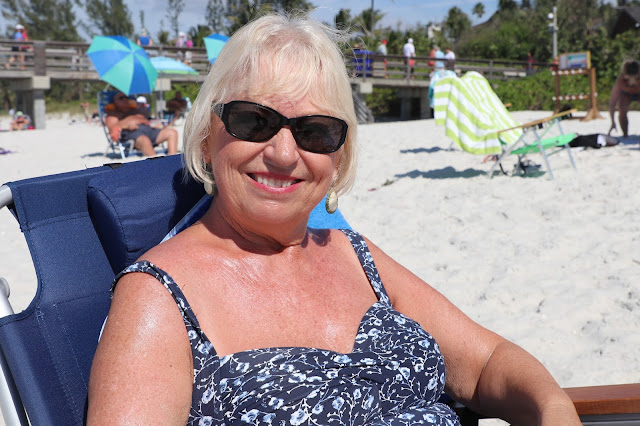 While I explained to Christina and Leona that I wander around with my camera and take pictures of people -- young and old -- places and things, Joan overheard me and volunteered to be the old person for me to photograph.  Joan is (undisclosed) years old and was an educator in Cleveland.
Posted by Jack at 5:30 AM

For a Northern like me... your photos a very warming.

What a nice 2-generational photos! Leave it to an educator for a return to reality. . .there's more to life than yoing, agile bodies! I wouldn't mind returning to the good health of those beautiful young people, though!!

I don't know Jack, now people are asking you to take their picture 😀 although you would have been proud of me at the weekend asking the two performers if I could take a shot, they were more than happy ☺

They all look so young, Jack! Joan looks young at heart!

Haha I was wondering what soccer models do 😂 love that Joan volunteered to be your "old" model! Fun post!

There are many ways of having fun at the beach. You have found one few people would think about. Soccer is a sport of rising interest. Here is wishing these young men good luck with their athletic careers.

Looks like you hit the jackpot with a wonderful variety of models!

Jack, you're becoming the "walk the beach" photographer. You took some great photos there. Well done!

I should think you and your camera are becoming famous thereabouts. I'm waiting for the day you hold a photo exhibition at one of the art fairs.

Uh, team's models?? So now they don't even need to do gymnastics or cheer? Just walk around and look pretty? I guess that boils it down to its essence.