Sunday in Hartford was bone-chilling.  A good day to stay inside.  So, I went to the art museum. 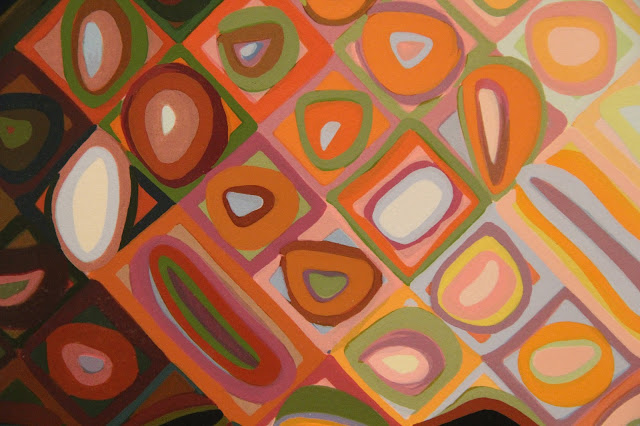 This is a nose. 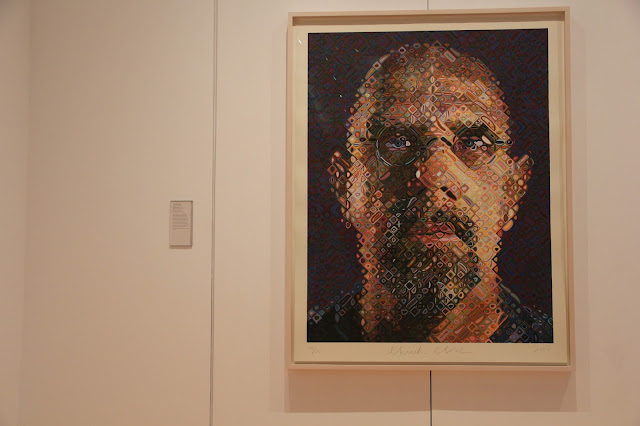 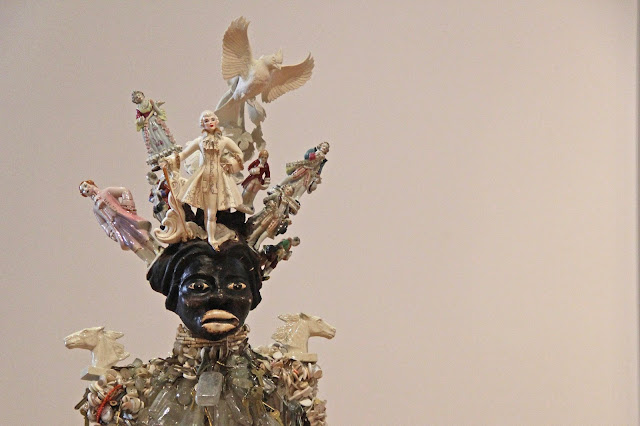 Different works catch your eye on different visits to a museum.  On Sunday I was captivated by black on white swan (2016) by American artist Vanessa German.  It is assembled from porcelain dolls, shells, keys, bottles, buttons and the like.  German intends the work as contemporary social commentary as well as a reference to figures that ward off evil in Congolese communities. 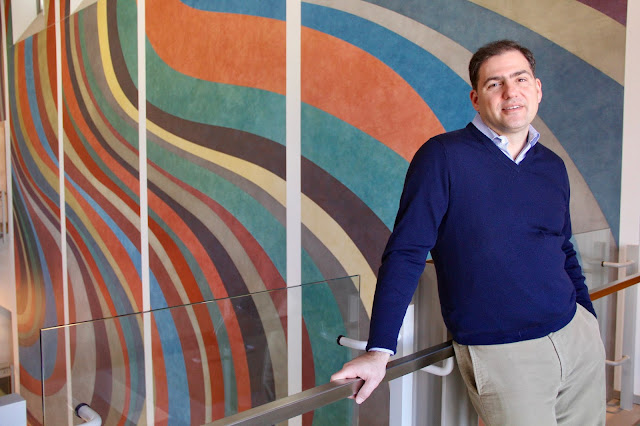 In an exhibition of paintings by 18th and 19th century American artist John Trumbull, a man standing near me seemed to know a lot about the exhibition.  With good reason.  Meet Tom Loughman,
who became the director of the Wadsworth Atheneum a year ago. 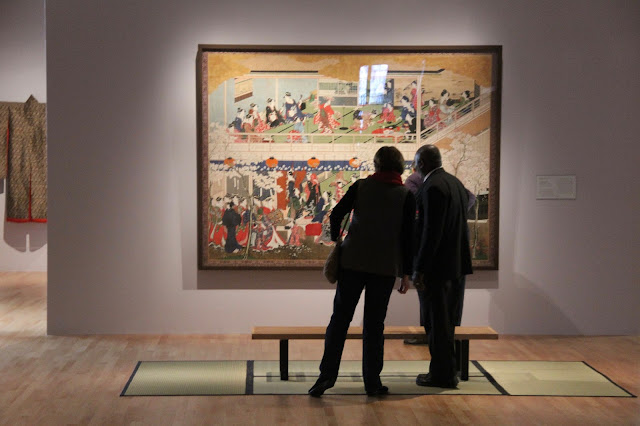 A security guard (right) showed a patron something about a large painting in an exhibition of woodblock prints and paintings by the 18th century Japanese artist Utamaro. 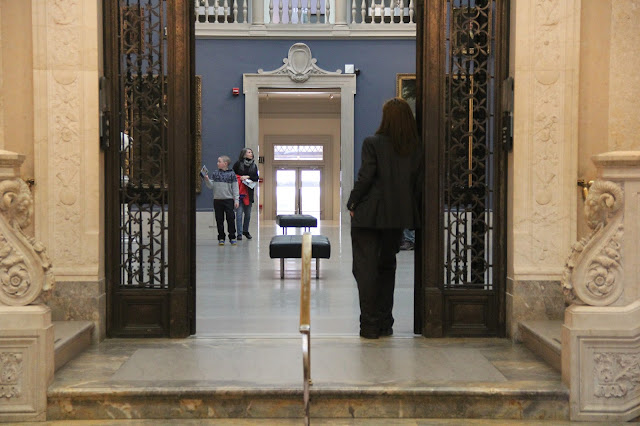 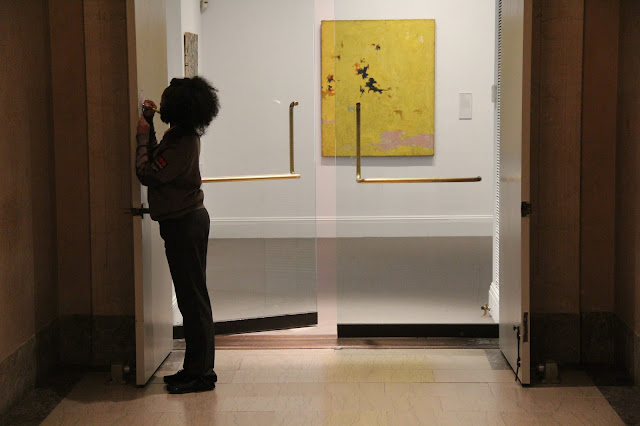 Another security guard.  This one is Lola. 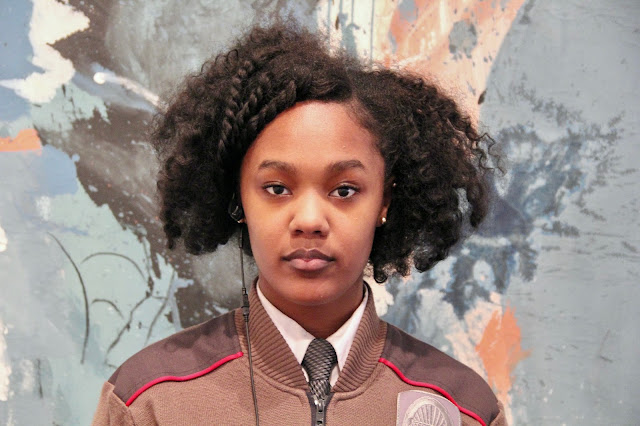 You met some interesting people in there! Love the headdress on "Black on White Swan." So glad that you could take photos in there.

very cool how you showed "the nose"! i also like that black on white swan...beautiful museum!

Great set of photos. I feel like I've had a little walk around the museum. That sculpture is very interesting. I'd love to study that one myself.

The portrait's two takes are my favourite. A beautiful gallery- and a reminder to visit mine again.

You had a fine, productive day at the museum. Many museums ban cameras, apparently this one allows them.

I do like the, "Black on White Swan". I enjoy folk art and things made with pieces, recycled things, etc...

I always preferred to avoid having people in my shots. I've come to find they really enliven them, particularly as you have them in these shots. I love the two security guards "at work" and Lola's portrait.