Thirteen-and-one-half years ago, Lou weighed 465 pounds.  Probably more, but that is the highest a scale weighed.  He figured that if he didn't lose a lot of weight, he was going to die. 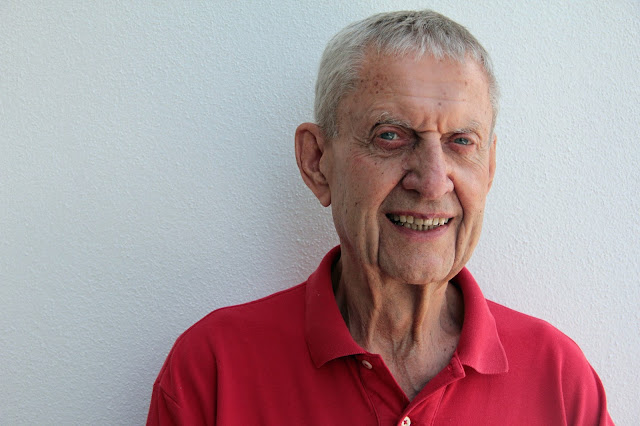 So, Lou joined Food Addicts in Recovery Anonymous (FA), a group based on the twelve principles of Alcoholics Anonymous.  He loves wheat and sugar but has had none in 13-1/2 years.  He eats only healthy foods in strictly measured portions, and he is disciplined.  Today Lou weighs 300 pounds less and is healthy.  And, he leads the Naples chapter of FA.  Congratulations, Lou.
Posted by Jack at 5:30 AM

Well done Lou! Wonder if Lou could could send me some positive dietry vibes Jack :)

That is an amazing achievement. Well done!

I would agree. Well done.

Good for you Lou.

Lou is an inspiration to us all. We should do the same, but I do love sweet rolls.

That is a man with willpower!

That is quite an accomplishment.

Wow! I am more than impressed. This is an amazing accomplishment, and i am happy to know that his health was a major concern and motivator. I cannot imagine the kind of discipline that is required to maintain this lifestyle. Kudos for Lou!!

That's one impressive and healthy dose of discipline! If he can lose 300 lbs. I should be able to lose 30, shouldn't I??