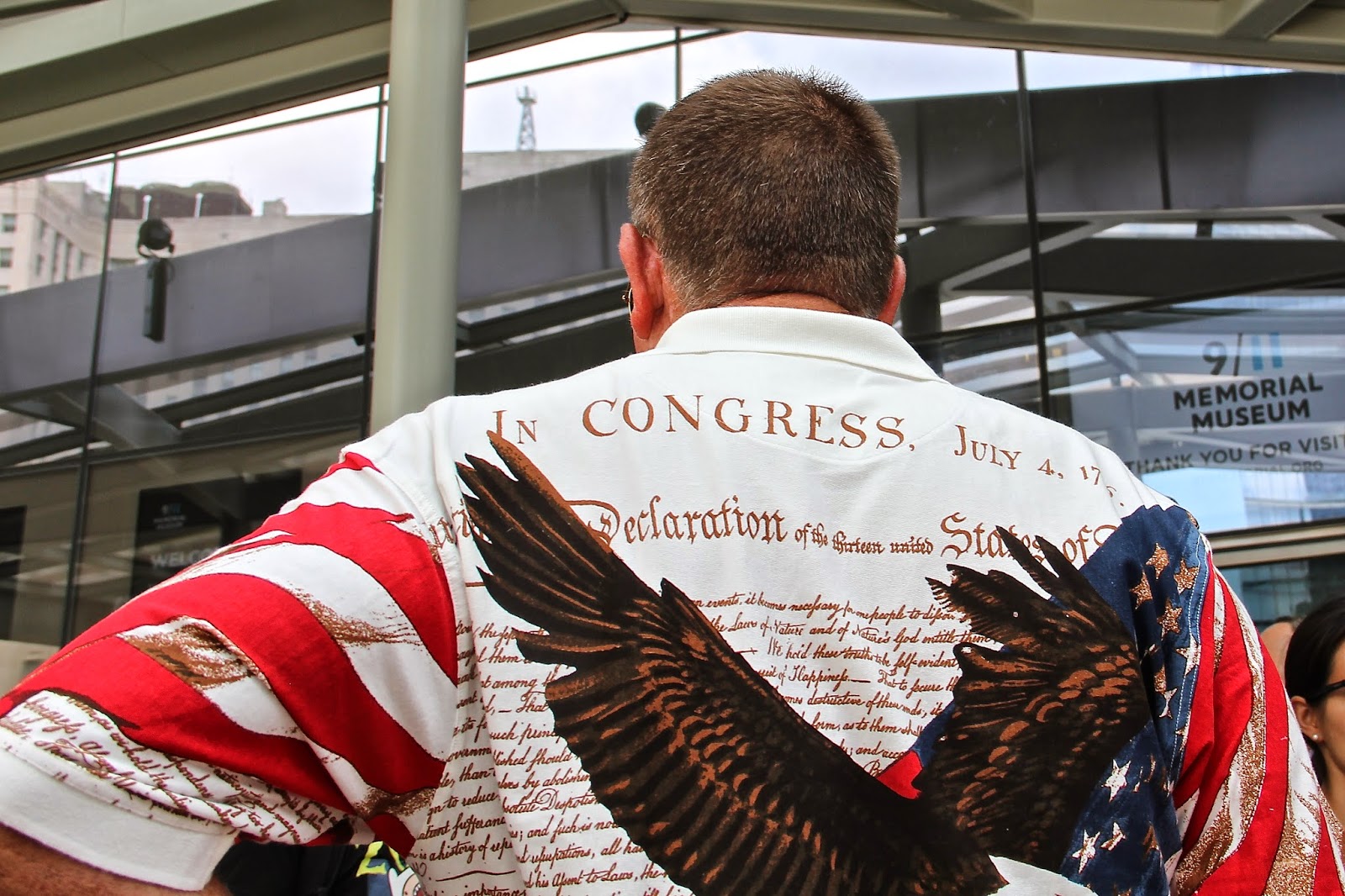 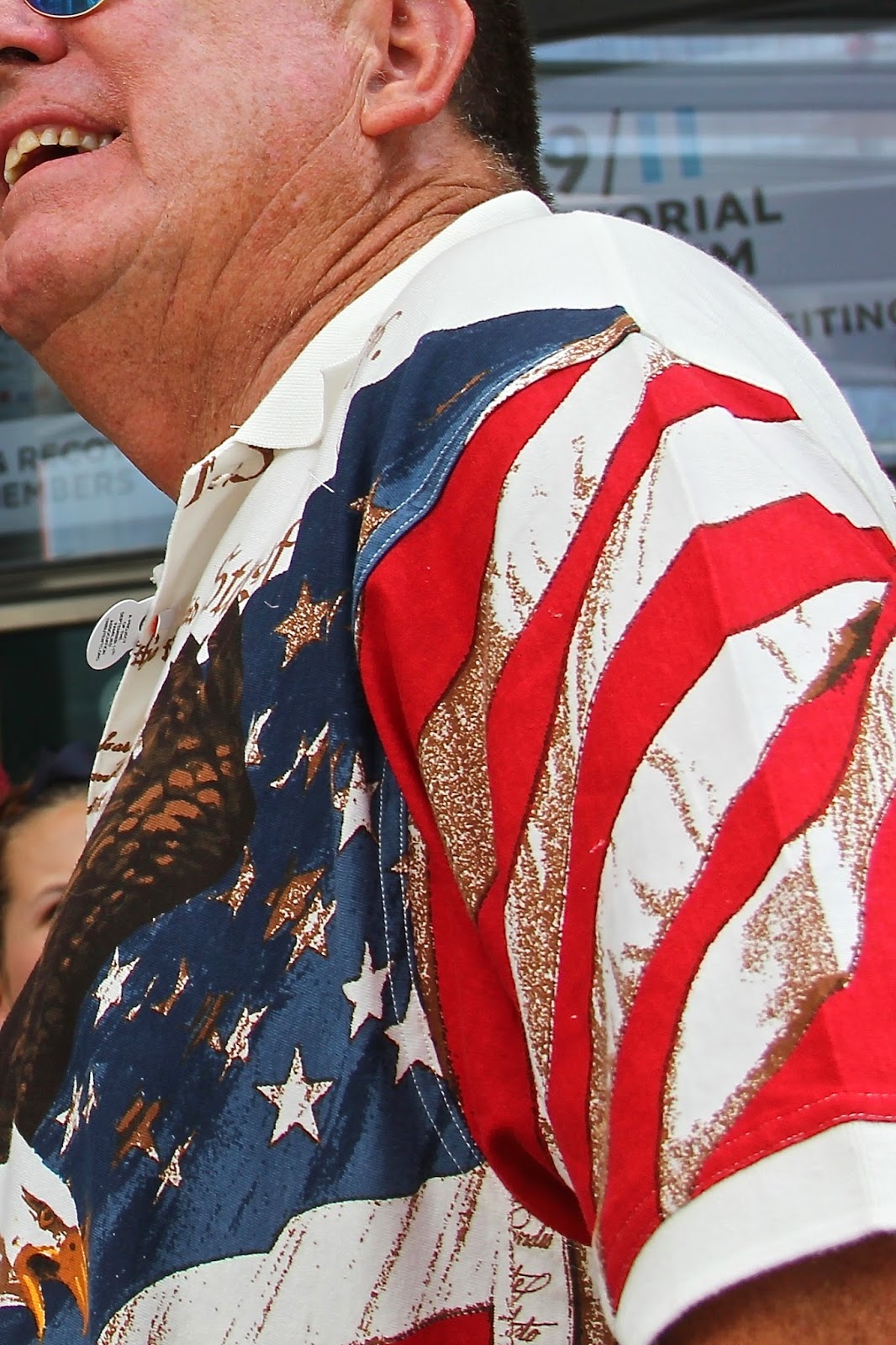 In 1968 Abbie Hoffman was arrested and
subsequently convicted of wearing a shirt
with the design of an American flag.
(His conviction was eventually overturned.)
Now, American flag shirts are
everywhere.

Our political discourse has gone
in the wrong direction
in so many ways.

But at least we no longer jail people
for wearing American flag clothing.
Posted by Jack at 5:30 AM

So many changes since 1968, not all for the better unfortunately.. we must remain hopeful oui! Happy celebrations Jack.

Cool jacket, but I wouldn't wear it. Not my style.

That is a fabulous shirt!

I just saw like 20 people wearing a flags on their shirts.

wow, that is crazy! i never knew that! happy 4th!!

We've, thankfully, come a long way since the 60s, but still have a way to go -- in my mind. A great post for the day and I love your header, Jack! Have a Happy 4th and the squirrel munching peanuts on my windowsill just peeked in, switched his tail and wished you a great, nut-free day! He's eating them as fast as he can!!

Hmm, not jailed but maybe on the 'worst-dressed' list for that one! Happy 4th Jack. I trust your attire is a little more sober.

Happy July 4, Jack! That is one tacky shirt.

Quite a colourful shirt.

Hah! I suspect that if he hadn't been arrested for wearing the flag shirt Abbie Hoffman would have found something else to get into trouble with! But thanks for the reminder of at least one improvement...

(My site has been up and down like a roller coaster today; I'd gotten word that there was scheduled maintenance a day or two ago. I'm guessing more unscheduled work has been going on.)

People use national flags for many strange things. I guess it is about good taste, not law enforcement.

I never did understand wht that was a problem.